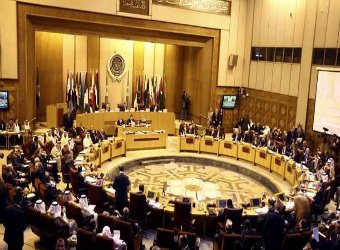 Arab leaders openly feuded over the region’s most intractable problems at their annual summit on Tuesday, particularly the inability to resolve Syria’s civil war and anger at Qatar for its support of the Muslim Brotherhood.

A day of speeches at an opulent Kuwaiti royal palace painted a picture of an Arab leadership crippled by divisions.

The region’s two powerhouses — Saudi Arabia and Egypt — have declared the Brotherhood a terrorist organization. They, along with the United Arab Emirates and Bahrain, withdrew their ambassadors from Qatar to protest against its support of the group and what they call its meddling in their internal affairs.

In the summit’s first day, the Saudi Crown Prince, Kuwait’s ruler and Egypt’s president pushed for a joint approach to terrorism, saying it posed an imminent danger to regional security.

The calls amounted to a way to pressure Qatar, which supports the Brotherhood, is home to many of its leaders and is accused by its Gulf neighbors of arming Islamic militants among the Syrian rebels.

Egypt’s interim president, Adly Mansour, called for Arab interior and justice ministers to meet before June to draft guidelines for what every nation must do to confront terrorism.

The implication was that Qatar will be held to any guidelines that emerge — and could face isolation or reprisals if it failed to meet them.

In a clear dig at Qatar, Mansour called for the extradition of wanted individuals — a reference to Brotherhood figures — and the “rejection of providing them with shelter and support in any form.”

Tamim called on Egypt to start a “comprehensive political dialogue” to achieve stability. The comment was a veiled criticism of the fierce crackdown on the Brotherhood waged by the military-backed interim government since Morsi’s removal.

The Brotherhood, which denies being a terrorist organization, says the government is trying to crush it as a political rival. More than 16,000 people have been arrested and hundreds killed in the crackdown, and most of the Brotherhood’s leadership — including Morsi — is jailed and facing trials.

Tamim criticized the Iraqi government of discrimination against the country’s Sunni minority, which often complains of being excluded from power by the Shiite majority. Iraq saw a wave of Sunni protests the past year, and Sunni extremists have seized control of the western city of Fallujah.

“It’s about time for Iraq to emerge from the vicious circle of violence and differences,” Tamim said. “That cannot come about through the sidelining of entire segments of society or accusing them of terrorism if they demand equality and inclusion.”

Addressing the summit late on Tuesday, he rejected Tamim’s charges and insisted that Iraq was a democratic nation that respected the rights of its ethnic and religious factions.

“We will never give up the freedoms we have struggled to win,” he said.

Another split came with Palestinian President Mahmoud Abbas. The Qatari leader renewed calls for an Arab mini-summit to resolve differences between the militant group Hamas, which rules the Gaza Strip, and Abbas’s Western-backed Fatah group in the West bank. Qatar supports Hamas.

In his own speech to the summit hours later, Abbas snubbed the Qatari ruler. He poured lavish praise on Saudi Arabia for what he called its generous financial aid to the Palestinians — and made no mention of a proposal by Qatar’s Tamim to set up a $1 billion fund to help the Arab residents of eastern Jerusalem. Tamim said the resolution to set up the fund adopted a year ago was never implemented, so Qatar will go ahead to set it up on its own with $250 million from its coffers.

Qatar, a tiny but petro-rich Gulf nation, as well as a U.S. ally and home to one of Washington’s largest military bases abroad, has in recent years played an outsized role in Arab affairs, spearheading efforts to resolve the Syrian crisis, mediating in some of Sudan’s internal conflicts and attempting to gain influence in Libya and Egypt.

Qatar’s backing of the Muslim Brotherhood has infuriated Saudi Arabia, other Gulf nations and Egypt. Qatar was a strong supporter of Morsi during his year in office in Egypt. The Egyptian government accuses the Qatar-based Al-Jazeera television network of inciting violence and backing Morsi’s supporters since his ouster.

Saudi Arabia is also angered by what it believes is Qatari support to Shiite rebels in Yemen, an impoverished Arabian Peninsula nation that is of strategic significance to the kingdom.

At the summit, the Arab leaders also sounded notes of despair over the bloodshed in Syria.

Arab League chief Nabil Elarabi said a negotiated settlement to the conflict remained out of reach. He warned that the civil war was proving “disastrous” for the entire region, threatening the security of Syria’s neighbors.

The representative of the Syrian opposition in the summit decried that he was not given Syria’s seat, as was the case in last year’s summit in Qatar. He also made a desperate plea for more Arab aid.

“Let me say quite frankly that keeping Syria’s seat empty in your midst sends a clear message to Assad that he can kill and that the seat will wait for him to resolve the war,” said Ahmad al-Jarba.

It is not clear why the summit did not give the opposition Syria’s seat this year — despite strong support for it to do so by Saudi Arabia and its allies.

“We are puzzled that we don’t see the delegates of the (opposition) coalition taking the Syria seat … we hope that this will be rectified,” Crown Prince Salman, representing Saudi Arabia in place of King Abdullah, told the gathering.