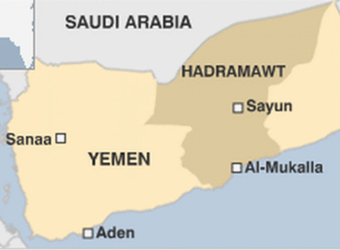 An Australian football coach abducted in Yemen has appeared in a video asking his government to meet the demands of his unidentified kidnappers.

The video of the man, identified as Craig McAllister, shows him giving a statement with the barrel of a gun held against his head, said US-based monitor SITE Intelligence Group.

The 12-second clip was uploaded to a file-sharing site on Tuesday, it said.

Mr McAllister was taken hostage in rebel-held Sanaa in September.

Australia said in October it was aware one of its nationals had been kidnapped in the country.

It has previously said it does not pay ransom money.

In a video released in October, 56-year-old Mr McAllister said he had been working in Yemen as a football coach.

In the latest video, he made no mention of what his captors’ demands were, but in October’s clip he said they were seeking money.

A number of foreigners have been taken hostage in Yemen in the past 15 years. Almost all have been freed unharmed.

But in December 2014, US journalist Luke Somers and South African teacher Pierre Korkie died during a failed attempt by US commandos to rescue them from an al-Qaeda hideout in south-east Yemen.