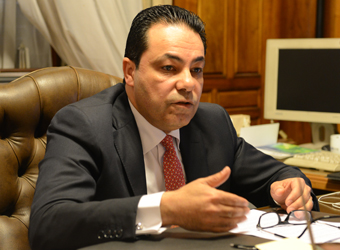 The bank received the awards during MENA Fund’s annual festival held in Dubai in late January.

The fund has successfully achieved a return rate of 34.2 percent in 2017, keeping its leading position among the Balanced Islamic Funds in 2016 with a return rate that reached 35.4 percent, Fayed noted.

Mohamed Latif, ‎Chief Institutional and Islamic Banking officer at Bank Audi Egypt, added that Ezdehar Fund has achieved the highest cumulative returns among all the Islamic funds throughout three years with 76.6 percent total.

Such awards are honouring for the outstanding performance of Acumen Asset Management that is responsible for managing Ezdehar Fund, Latif said.

Ezdehar is a balanced fund, investing in the Shariah-compliant stocks with a maximum up to 60 percent of its assets. It also invests in the deposits and Shariah-compliant income instruments, whereas the circulation in subscription and redemption takes place on weekly basis within the different branches of Bank Audi Egypt.

Ezdehar’s Sharia Board consists of elite scholars in Islamic Shariah and jurisprudence in Egypt and the Arab World. Investors including Egyptian, Arab, and Foreign individuals, and legal entities are welcomed and have the right to subscribe in Ezdehar Fund.