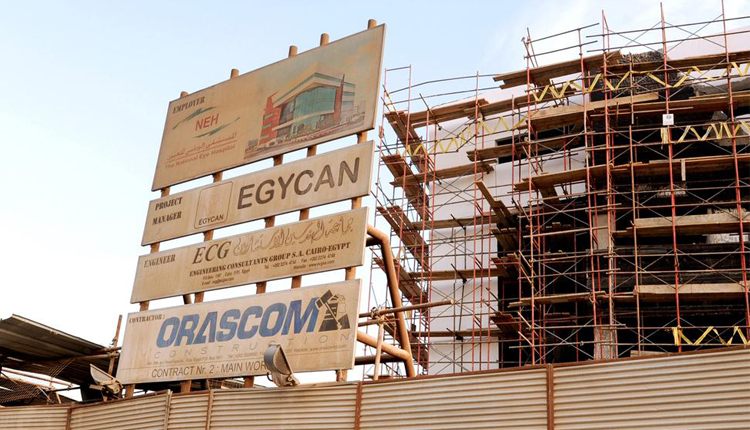 Egyptian investment bank Beltone Financial said in recent report that it expects the country’s real estate sector to decelerate in 2020.

Real estate sales have lost pace or are coming flat due to continued oversupply risks in upper middle and high-end project offerings, and slower price rises over slower inflation readings and stabilisation in the cost base, the report added.

Beltone analysts continue to list tier-1 developers, namely Talaat Moustafa Group Holding, Palm Hills Developments, Emaar Misr, Orascom Development, SODIC, and Madinet Nasr Housing (MNHD). They said these tier-1 developers capitalise on their names and track record to drive new sales versus the small and medium sized new entrants. These companies also deliver 7,000 – 10,000 units per year combined, which is relatively low compared to the target client segment, representing 2 – 3 percent of Egypt’s increasing population as well as the number of marriages of up to 900,000 per year.

Yet, Beltone analysts expect the second half of 2019 to be stronger buoyed by the launches of new projects toward the end of the year, reaching total sales of 67.2 billion pounds, higher by 18 percent year-over-year.

Throughout 2019, Egypt’s central bank cut interest by 650 basis points, followed by another expected cutting of 300 basis points in 2020, according to Beltone analysts’ expectation. This has led tier-1 to extend payment schemes to reach an average of eight years in the second half of 2019, up from seven years in 2018, to fuel new sales, maintain current growth, and avoid lower prices year-over-year.

Analysts believe that lower interest rates would push the resale market out of stagnation, which has been pressured by lower disposable income since the floating of Egyptian pound. The plan is to offer affordable mortgage products for real homebuyers who plan to buy delivered homes in cash, they explained.

Reviving the resale market therefore should stabilise the local real estate market by attracting new buyers for the primary market, they added. The analysts also positively viewed that the latest joint venture including Talaat Moustafa Group, EFG Hermes, and GB Capital (AUTO) to fund ready-for-sale units in Talaat Moustafa’s Madinty and Al Rehab Projects. This is to be followed by funding units in other projects with target sales of 450 – 500 million pounds in 2020, to capitalise on lower interest rates and offer a new product to the market.

Moreover, they also believe that the beneficiaries from interest rates cuts in the second half of 2019 as well as 2020 based on size of debt on their balance sheet are Palm Hills, Talaat Moustafa Group, Orascom Construction, SODIC, Heliopolis Company for Housing and Development, Madinet Nasr Housing, Orascom Development, and Porto Group.

However, investment bank EFG Hermes expected real estate stocks to underperform in the general market indices in Egypt. Market conditions in Egypt have been challenging, with companies facing difficulties to boost their contracted sales, selling prices, with developers offering extended payment terms, if possible, to encourage sales along with new product offerings across various projects.

A number of macro initiatives failed to reflect positively on the sector’s activity and in turn respective stock prices, it added. In Egypt, a series of interest rate cuts did not encourage more activity or demand on new launches due to the insignificance of the mortgage activity in the sector’s performance.

There have been extended payment terms for new projects across most developers, with a minimal positive impact witnessed. They forecast that real estate stocks in general would underperform the general market index in Egypt 2020, with a few expectations that they would relatively outperform their peers.

Although here is a cautious outlook on the real estate sector, believing that the stocks will reflect the operating environment. The analysts think that there will be some outperformers and underperformers, on a relative basis in 2020. They prefer exposures to firms with solid recurring income stream asset bases and strong balance sheets, with a significant debt and local obligation dues. Their key ideas for the year are Orascom Development Egypt and Emaar Misr.

Meanwhile, Pharos Holding expects a decline in sales with 10 percent rise in cost and 5 percent increase in prices, which lead to lower margins. Pharos analysts believe that there would be no further extension of installment scheduled or an increase in debt.

Pharos analysts hope that, interest rate cuts to sustain demand, stability in costs in light of weaker commodity prices, and a growth in consumer demand on the back of suburban migration. While they fear deacceleration or fall in demand due to affordability issues, further extension of installments schedule, significant surge in prices, and emergence of installment schedules in the resale market and compete with development companies. They prefer Orascom Development and Talaat Moustafa Group.