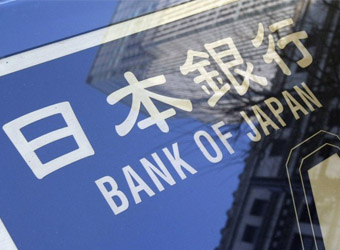 The Bank of Japan maintained its massive stimulus program at a policy review on Thursday, and later in the day is expected to slightly revise up its economic growth forecast to around 1.5 percent for the next fiscal year.

Markets are focusing on the release of the BOJ’s twice-yearly outlook, expected at 3 p.m. (2 a.m. EDT), for clues on how confident policymakers are about meeting its target of driving the inflation rate to 2 percent in about two years.

The BOJ’s widely expected decision to push on with the stimulus it launched in April came after the U.S. Federal Reserve maintained its own massive bond-buying program and nodded to weaker economic signals due in part to a fiscal fight in Washington.

To meet its inflation goal, the BOJ aims to double base money by asset purchases over the next two years. In Thursday’s outlook report it may give its first formal signal that the target is within reach.

The BOJ may raise its for forecast core consumer inflation to 2 percent for fiscal 2015, although that is a close call as some board members are skeptical on whether price growth will pick up so quickly.

Tepid exports to emerging Asia are also sapping the BOJ’s confidence that a recovery in overseas markets will take up the slack when consumers are hit with a higher sales tax next April.

That will temper the extent to which the BOJ might raise its economic forecasts in the review of its long-term projections, said people familiar with the BOJ’s thinking.

“Risks from overseas have heightened somewhat from three months ago, delaying a pick-up in the global economy,” said a source familiar with the central bank’s thinking.

But a slump in exports has cast doubt on the central bank’s view that global growth will pick up in time to offset an expected downturn in household spending when the tax actually rises to 8 percent from 5 percent next April.

That will shave off some of the boost to the economy from a 5 trillion yen ($51 billion) stimulus package planned by Abe to cushion the impact of the tax hike.

The BOJ is expected to revise up growth for the fiscal year beginning in April 2014 to around 1.5 percent from the current 1.3 percent, said the sources, who declined to be identified.

Given the impact on inflation would take longer to be seen, some board members may revise up their fiscal 2015 core consumer inflation forecast. That could push up the bank’s median projection to 2 percent from the current 1.9 percent.

Private-sector economists think the BOJ’s inflation forecasts are already very ambitious, and some in the BOJ share the market’s doubts.

The range of the BOJ’s latest forecasts, made in July, showed one board member projected core consumer inflation in fiscal 2015 of 0.7 percent and another 0.9 percent. The highest was for inflation of 2.3 percent, underscoring the difference in views within the board on how fast prices will rise from here.

The BOJ issues a semi-annual report with long-term projections on gross domestic product and the core consumer price index in April and October of each year. It reviews the projections in January and July.