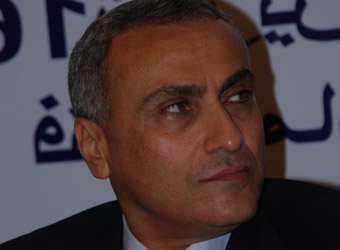 The decision, signed by CBE Deputy Governor Gamal Negm, urged banks to maintain extra cash reserves at all their branches nationwide rather than concentrating reserves at their Cairo branches.

Hazem Hegazi, head of retail at the National Bank of Egypt, told Al-Ahram’s Arabic-language news website that the bank’s 305 branches would remain open on 30 June.

“No branches will close their doors, even those located near Tahrir Square and the Presidential Palace,” he said in reference to Cairo’s two premier protest venues.

However, Hegazi added, branch managers “will have the authority to take any steps necessary to protect bank employees.”

The call for 30 June protests was initiated by Egypt’s anti-Morsi ‘Rebel’ signature drive, launched in May with the aim of forcing President Mohamed Morsi – Egypt’s first-ever freely elected head of state – to step down.

Most opposition parties and groups, including the National Salvation Front umbrella group, have announced plans to participate in the demonstrations.

Islamist forces, including the Muslim Brotherhood (the group from which President Morsi hails), are reportedly mulling the possibility of holding counter rallies on the same day, sparking fears of possible clashes between the two rival camps.