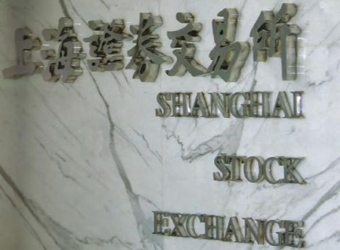 China’s stocks fell, dragging the Shanghai Composite Index below 2,000 for the first time in almost six months, as factory output and business spending slowed while concern grew that share sales will divert funds.

The Shanghai Composite slumped 0.7 percent to 1,991.25 at the close, sliding below 2,000 for the first time since July 31. The ChiNext Index lost 1.6 percent before eight companies start trading in Shenzhen tomorrow, including five on the small-companies gauge. Industrial output and fixed-asset investment trailed analyst projections, official data showed.

“With the new IPOs and concerns about company earnings, there is room for further declines and we could see it hit 1,800 next,” said Xu Shengjun, analyst at Jianghai Securities Co. “It’s not going to rebound anytime soon.”

The Shanghai index rose above 2,000 in February 2009 after a 4 trillion yuan ($661 billion) economic stimulus plan fueled a bull-market rally. It held above that level until September 2012, when concerns about share oversupply sparked a sell-off. The securities regulator halted IPOs the next month, a postponement that lasted until November 2013.

“For the time being, I don’t see any signs the index will gain strongly amid the new IPOs,” said Zeng Xianzhao, an analyst at Everbright Securities Co.

Neway, an industrial valve maker that was the first IPO in more than 15 months, slumped 2.53 yuan to 22.81 yuan. It was among 52 companies approved by the securities regulator to sell shares after the end of the IPO freeze. The eight companies scheduled to trade tomorrow in Shenzhen include Zhejiang Wolwo Bio-Pharmaceutical Co., Chengdu Tianbao Heavy Industry Co. and Shanghai Liangxin Electrical Co.

Leshi Internet, the biggest company in the ChiNext in terms of market value, plunged 2.20 yuan to 49.01 yuan. The stock jumped 313 percent last year.

China’s economy grew 1.8 percent from the previous quarter, compared with a 2 percent median estimate of economists and 2.2 percent in the July-September period. GDP expanded 7.7 percent in 2013, the statistics bureau said, the same pace as in 2012. The economy is forecast to expand 7.4 percent this year, according to an analyst survey last month, the slowest pace since 1990.

The benchmark seven-day repurchase rate jumped 137 basis points to 6.54 percent, the highest intraday since Dec. 24, as demand for cash spiked before the Chinese New Year holidays and as banks parked corporate tax-payment funds with the central bank. The nation’s financial markets are closed from Jan. 31 through to Feb. 6 for the New Year holidays.

In Beijing, companies, construction sites, street vendors and vehicle owners who exceed stipulated emission limits will face fines and other penalties, according to a draft plan released by the city government on Jan. 18. Shanghai will phase out 500 polluting, hazardous and energy-intensive facilities, the city’s Mayor Yang Xiong said yesterday.