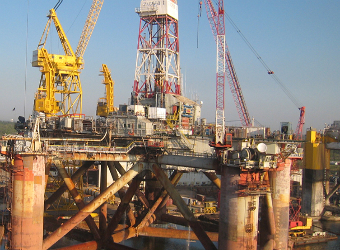 Circle Oil Plc reported a 47 percent increase in net production, boosted by its operations in Egypt and Morocco.

The Middle East and Africa focused company said aggregate oil and gas production net to the company from Morocco and Egypt was in the range of 6,170 barrels of oil equivalent per day (boepd).

The company said its operations were unaffected by the unrest in Egypt and that the current oil production in Egypt was about 11,000 barrels of oil per day (bopd) with 4,400 bopd net to Circle.

Shares in the company closed at 18.25 pence on the London Stock Exchange (LSE) on Friday.

Operational activities have continued unaffected by in-country change and ten wells in the Al Amir SE field (AASE) and four wells in the Geyad field were on production at the end of June 2013. The combined production rate of approximately 10,900 bopd (gross) and 12.6 MMscf/d (gross) of gas, gives a combined total in excess of 13,100 boepd (gross). Water injection through four wells in AASE and one well in the Geyad field is providing proven and successful pressure support to maximise recovery efficiency.

Circle’s already impressive drilling performance in Egypt was further augmented in the first half of 2013. Two successful production wells (AASE-14, AASE-17), one successful appraisal well (AASE-18) and a strategically important water injection well (AASE-16) were completed. The Shehab-2 exploration well encountered a potential gas bearing interval and, following logging, a hydraulic fracturation was completed on 30 July 2013. The test was unsuccessful with no flow to surface and the well has now been temporarily abandoned whilst alternative stimulation options are considered.

Work on the export gas line to the SUCO facility at Zeit Bay was completed early in the year and gas production was commissioned in February 2013. The daily initial production rate has risen from start up on 12 February at 8 MMscf/d to the value of 12.6 MMscf/d at end June. Valuable condensate and natural gas liquids are also stripped out of the gas and sold to EGPC.

The 2013 drilling programme on the development licences has been very successful and investment over the next 12 months should see reduced amounts of capital investment required as the initial field development programme approaches maturity. The spectre of consistent production levels with reducing capital expenditure contributing to a maximised revenue stream now approaches. This can be linked to optimising oilfield production for the long term and the resulting revenue stream.