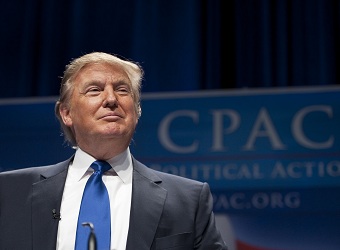 Country music stars will perform on the eve of the inauguration of President-elect Donald Trump in Washington.

Toby Keith and Lee Greenwood, as well as Broadway singer Jennifer Holliday, will give a concert on the steps of the famed Lincoln Memorial on Thursday.

Mr Trump will also speak at the event, on the spot where Martin Luther King made his famous I Had A Dream speech to 250,000 people in 1963.

The Republican becomes the 45th president of the US next Friday.

The evening before has been called The Make America Great Again! Welcome Celebration and it will be hosted by actor Jon Voight.

Keith is one of the most famous country music singers of the last two decades.

His song Courtesy of the Red, White and Blue (The Angry American) was a patriotic call to arms after 9/11.

President Barack Obama’s inaugurations featured the likes of Beyonce, Bruce Springsteen and U2.

But Mr Trump has said the swearing-in day should be about the people, not the elites.

One of his aides said this week that “soft sensuality” would be a theme.