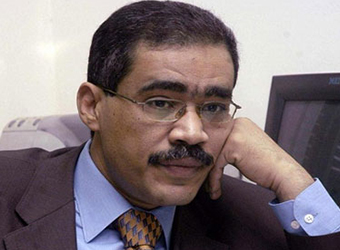 The former head of Egyptian press syndicate Diaa Rashwan announced on Sunday that he will be running for syndicate head in March-elections.

The union will hold elections for syndicate head and six board members on 3 March, with the deadline for declaring candidacy on 11 February.

Rashwan- who was syndicate head between 2013 and 2015- lost the position to current syndicate leader Yehia Kalash in 2015.

“I have a duty to save the profession and the syndicate from serious pitfalls that resulted from stances and lacked wisdom in the name of principle alongside policies by union leaders that did not appreciate journalists or honour their syndicate,” Rashwan said.

Rashwan added that his main electoral slogan will be restore the syndicate’s status and respect for journalists.

Current syndicate head Kalash and two syndicate board members were given a two-year suspended prison sentence late last year on charges of harbouring fugitives inside the syndicate’s headquarters.

The court’s sentence came after two journalists- who were wanted for spreading false news, regarding Egypt’s Red Sea island deal with Saudi Arabia- were arrested in May inside the syndicate’s Cairo headquarters.

The police raid on the syndicate was followed by protests from journalists who demanded the dismissal of the interior minister.

56-year-old-Rashwan is a graduate of the Faculty of Economics and Political Sciences at Cairo University.

Since 2011, Rashwan has been the head of Ahram Centre for Political and Strategic Studies, which he joined in 1981.

He is known for his studies on Islamist groups in Egypt and the Arab world.