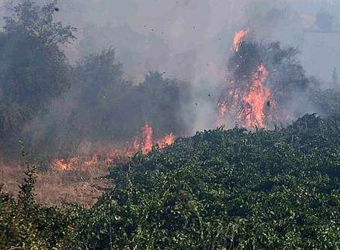 A giant Boeing 747 super tanker plane has been loaned from the US to battle the forest fires, Chile’s worst in decades.

A state of emergency has been declared south of the capital, Santiago.

On Wednesday, a firefighter died after getting stuck while trying to help a family escape from their home near the city of Constitucion.

Three others have died and three were injured over the past week. More than 4,000 people have been evacuated from their homes.

The cost is being met by the Walton Family Foundation, created by Walmart founders Sam and Helen Walton.

The authorities also requested planes and helicopters from the US, Canada and Mexico and neighbouring Argentina, Brazil, Uruguay and Peru.

The blazes spread quickly in the dry and particularly hot summer that many South American countries are experiencing.

They have struck mainly in sparsely populated rural areas in the central regions of O’Higgins and El Maule.

US Republicans lay out plans for Obamacare repeal