Dollar rides US yields higher, pulls away from recent lows 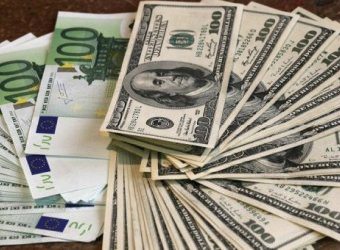 Dollar held gains early Wednesday, with a rebound in Treasury yields helping the greenback pull away from recent lows plumbed against the yen and euro amid concerns about Trump’s protectionist stance.

The dollar had soared to 14-year highs of 103.82 against a basket of major currencies in the eight weeks following Trump’s surprise election victory in November.

Investors bet his promised infrastructure spending and tax cuts would boost economic growth and inflation, leading the Federal Reserve to follow through with a series of rate hikes.

But the dollar index went as low as 99.922 on Tuesday, with the initial elation tempered by Trump’s inaugural speech last week that was heavily slanted toward trade protectionism. The index last stood at 100.270.

“The dollar did manage to bounce overnight but it still lacks general direction. I do not see the rebound going much further under such conditions,” said Masafumi Yamamoto, chief forex strategist at Mizuho Securities.

And while higher U.S. yields may have given the dollar a lift for the moment, Yamamoto saw the correlation between the two lessening ahead.

“Protectionist rhetoric and the negative impact it has on the dollar could begin to override any lift from higher Treasury yields,” Yamamoto said.

Elsewhere, the pound was up 0.1 percent at $1.2534. It had fallen to as low as $1.2420 overnight before bouncing back after the British Supreme Court ruled that the government must go through parliament, but not the U.K.’s regional assemblies, to trigger talks on leaving the European Union.

The Australian dollar was up 0.2 percent at $0.7591. But the dollar’s broader overnight bounce kept the Aussie away from a 10-week high of $0.7609 scaled the previous day.