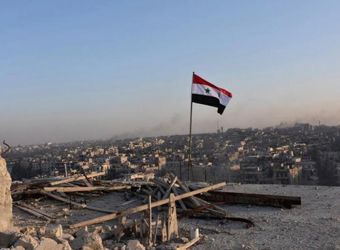 Dozens of fighters have been killed in clashes between two jihadist factions in northern Syria, reports said.

UK-based Syrian Observatory for Human Rights (SOHR) said the fighting was a war for influence in Idlib province.

Inter-factional fighting has beleaguered insurgents since early on in the Syria war.

Last month, a hardline Islamist group, Ahrar al-Sham, was also involved in days of clashes in Idlib with Jabhat Fateh al-Sham (JFS), which rebranded itself as Tahrir al-Sham, an alliance of jihadist groups, at the end of January.

Nearly 70 people have been killed in the latest fighting, which began on Monday morning, according to the SOHR and a rebel commander.

The two sides are also reported to have clashed in the north of neighbouring Hama province.

Idlib province, in the country’s north-west, has long been a rebel stronghold, dominated by Ahrar al-Sham and JFS/Tahrir al-Sham.

However, a Jund al-Aqsa commander told the Associated Press that Tahrir al-Sham had attacked his group’s positions first.

The two factions were allied for a short time last year but fell out soon after.