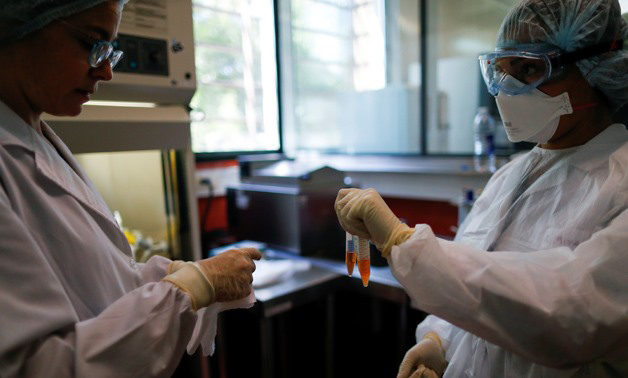 Measures taken under Egypt’s economic reform programme enabled the country to bear the repercussions of the global economic impact of the coronavirus pandemic, Prime Minister Moustafa Madbouly said during a Cabinet videoconference on Wednesday.

The International Monetary Fund-backed reforms, which included the 2016 flotation of the Egyptian pound and fuel and energy subsidy cuts, received praise from international financial organisations, while critics said the reforms negatively impacted the lives of Egypt’s poor, according to Ahram Online.

In November 2016, Egypt secured a $12 billion loan from the IMF, with all tranches disbursed to the country.

Madbouly said a committee exists, established under orders by Egyptian President Abdel-Fattah El-Sisi, to deal with the impact of the current global economic turndown on Egypt’s informal workforce. A mechanism on disbursing grants to workers would be announced soon, Madbouly said.

El-Sisi has allocated EGP 100 billion ($6 billion) to a plan to mitigate the economic impact of the coronavirus, with the government offering EGP 500 ($32) in monthly cash handouts for a period of three months to informal workers, or those who have become jobless because of restrictions on businesses and movement.

The first EGP 500 monthly allowance for informal workers will be disbursed to around 1.5 million workers from Sunday, 12 April, to Thursday, 16 April, through selected post offices across the country.

The prime minister also added that positive coronavirus cases that show no symptoms would be transferred to university and affiliated Ministry of Youth dorms.

Minister of Health Hala Zayed said Tuesday that mild coronavirus cases in patients under 50 would be transferred from Wednesday to university campuses and student accommodation under full medical supervision of the ministry.

The transfer will take place only after the cases end a five-day treatment period under the ministry’s treatment protocol.

Egypt reported nine new deaths Tuesday, its highest toll in a single day since the first case was detected in the country in mid-February, as well as 128 new cases, bringing the total to 1,450 cases and a death toll of 94 nationwide.

Israel under curfew as cases surpass 9,400 with 73 new deaths