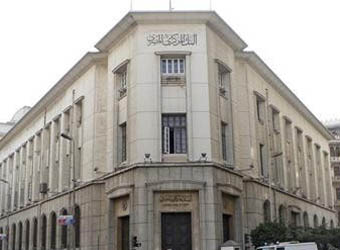 Demand for the dollar stops and stock rises amidst continued tight liquidity.

A state of caution and anticipation surrounds the Egyptian Stock Exchange in central Cairo as it prepares for massive anti-government protests planned for June 30. Banks in central Cairo also implemented extensive security measures in order to deal with any prospective riots or sabotage that may affect their headquarters.

The atmosphere prior to Sunday’s protests brings to mind the atmosphere during the January 25 revolution, with Egyptians stocking up on food and water. There were also reports of long queues at ATM machines as Egyptians withdrew funds for fear of the machines being vandalized or running out of money.

Egyptian banks claim they will open as normal on Sunday and will be able to offer a full range of services to clients. Security procedures have been stepped up at bank headquarters, while banking officials have claimed they have alternative plans of action in place should branches have to close down. Similar plans have been enforced by several banks during previous unrest in Tahrir Square, with operations being transferred to a different branch.

Despite the widespread concerns over the upcoming protests, and some Egyptians buying dollars following an anticipated fall in the Egyptian pound (EGP), the demand for the dollar ground to a halt yesterday.

Mohamed El-Abyad, chairman of the exchange sector at Egypt’s Federation of Chambers of Commerce, said that the market is waiting to see what will happen in the coming period.

Protests in December triggered a run on the Egyptian pound, costing the Cairo government a reported USD 2 billion to bring under control.

Abyad revealed that currency exchange companies will also be open on Sunday. He said, “There is no unified plan between exchange companies. Each company will operate according to its own vision and circumstances; however, companies in troubled areas such as Tahrir Square and the Federation Palace will be closed.”

The Egyptian Stock Exchange went up by approximately EGP 3.4 billion, repairing some of the damage for its losses of EGP 55.9 billion since the start of the year.

The profits were supported by the Dutch company OCINV announcing its FSA approval to acquire the shares of Orascom Constructions Industry (OCI) for the price of EGP 255 per share or to swap its own shares with OCI’s. This prompted the stock (which represent the highest relative weight within the main index) to climb sharply, approaching a level of EGP 238.

Ehab Said, head of research at the stock trading company Osool, stressed that everybody is awaiting to see the outcome of the June 30 demonstrations.

The protests are expected to be massive due to widespread public anger as a result of an on-going fuel crisis in Egypt, as well as political division. The fuel crisis has also led to the unavailability of several commodities as a result of frozen procurement processes. He also added that the fear and panic overall is similar to that of 2011.

Said added that values and volumes of trade last week continued to decline naturally and significantly between EGP 100–170 million, with an average of EGP 130 million per day. This highlights the state of anxiety and anticipation experienced by all categories of customers, especially Egyptians.