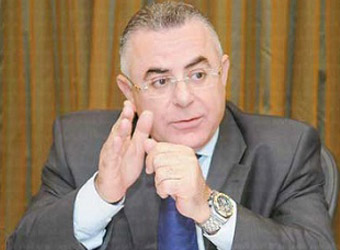 Today, the Central Bank of Egypt (CBE) will be offering US$ 40 million to the local banks at its 71th foreign exchange auction and its 54th since Hisham Ramez hold the office of the CBE’s Governor last February.

Accordingly, CBE has pumped US$ 2.18billion, through periodic auction, in the exchange market since last February.

It is worth mentioning that CBE had introduced FX auctions at the end of last year in an effort to provide the market with US dollar liquidity, following the country’s shortage of hard currency, which resulted from the political, and security’s unrests as well as the halt of the investment and tourism’s activities.

Following these FX auction, US dollar witnessed a remarkable increase of EGP 0.65 as it surged to EGP 7.02 compared to EGP 6.37 in the first day of operating FX auctions. Noted that US dollars rates reached 6.9858 last Monday.

US Fed Weighs Slowing Down Bond-Buying