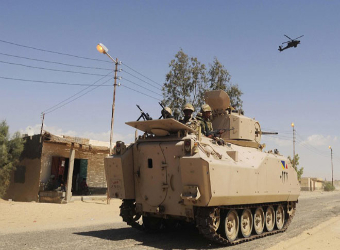 Egyptian officials say a suicide bomber has rammed his explosives-laden car into the security headquarters in a border town in Sinai. The death toll rose to 11, while 17 were injured.

The security officials say the front of the one-story building in the town of Rafah has collapsed and that an unspecified number of troops and policemen are buried underneath.

They say the bomber drove into the building at high speed on Wednesday. The officials spoke on condition of anonymity because they are not authorized to speak to the media.

Militants in Sinai, some with links to al-Qaida, have been targeting for months Egyptian forces in the strategic peninsula bordering Gaza and Israel. Their attacks have become much more frequent, and deadly, since the ouster in July of Egypt’s Islamist president Mohamed Morsi.