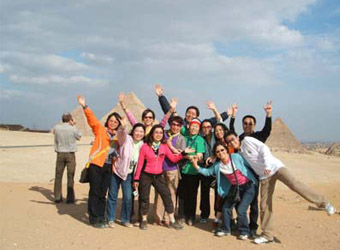 In statements to state news agency MENA, the ministry said the new fee- which will increase from $25 to $60- will be implemented starting 1 July 2017, instead of a planned 1 March date.

The ministry did not provide a reason for the delay, however, sources in the tourism sector told Al-Ahram Arabic news website that the decision to postpone came after the foreign ministry stepped in to deal with complaints from the tourism sector to the cabinet saying the fee hike was too abrupt.

Representatives from the sector reached out to the Cabinet last week to ask it to adjust the timeline for the fee hike, in order to maintain agreements with foreign travel operators based on the old rates.

Some in the tourism sector said the decision should have been announced several months beforehand, expressing fears that the move could affect the country’s efforts to revive tourism, a pillar of the economy and a key source of foreign currency.

Egypt has struggled to attract tourists scared off by the political turmoil that followed the 2011 uprising which ousted president Hosni Mubarak.

The country’s revenues from tourism dropped to $3.4 billion in 2016- a 44.3 percent decline from the previous year- the Central Bank of Egypt said in January.

The figure is a far cry from the $11 billion in revenues generated by the sector in 2010, when 14.7 million tourists visited the country.

Egypt has spared no effort in fighting terrorism, extremism: Sisi