Egypt growth to decline 2.7 %, various sectors will be affected: IIF 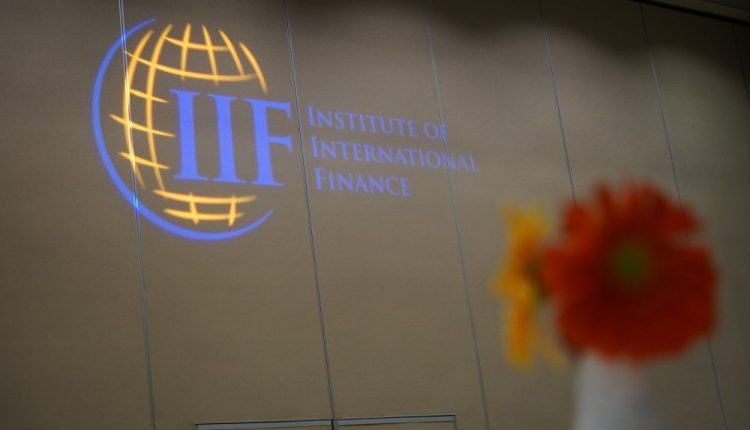 The Institute of International Finance (IIF) changed its forecasts for Egypt’s growth to 2.7 percent from 5.4 percent in its recent reports about COVID-19’s impacts on the region’s economy.

It also downgrades its MENA growth forecast to -0.3% from their original 2020 forecast of 1.8 percent growth.

It added that a global recession will lead to a reduction in trade, foreign direct investment, tourism flows, and remittances to Egypt, Jordan, Morocco, and Lebanon, adding that Egypt stands to see a significant drop in Suez Canal transit revenue.

Non-resident capital flows to the MENA region are expected to decrease from $182 billion in 2019 to $101 billion in 2020, on the back of lower equity and debt flows, according the report.

“As in 2008 and 2009, resident outflows, mostly in the form of sovereign wealth funds (SWFs), will decline sharply from $215 in 2019 to $136 billion in 2020, reflecting the increasing need to tap SWFs to finance the large deficits. Nonetheless, official reserves are expected to drop by $120 billion, mostly in Saudi Arabia, Algeria, Iraq, and Iran. We also project a sharp decline in the cumulative SWFs of Kuwait, Qatar, and the UAE,” the report projected.

Regarding global oil prices, the IIF expects that the nine MENA oil exporters will see a fall in hydrocarbon earnings in 2020 of $192 billion, which equals 11 percent of GDP.

For oil exporters, the IIF says they are likely to record large fiscal deficits due to the collapse in oil revenue, leading to a rise in public debt.

As a result, the cumulative current account balance would shift from a surplus of $65 billion in 2019 to a deficit of $67 billion in 2020, and the fiscal deficit would rise from 2.9 percent of GDP to 9.1 percent, the report projected.

The service sector will be hit the hardest as a result of social distancing, the report said.

How to keep up kids’ mental health amid coronavirus

European markets fall as coronavirus remains in focus; Stoxx 600 down 2.2%