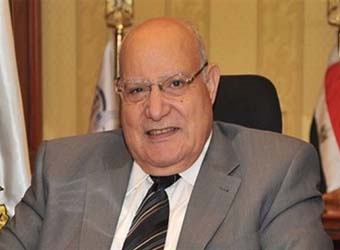 Egypt’s Ministry of Transportation signed on Thursday a Memorandum of Understanding (MOU) with the Chinese government to cooperate on a new $800 million railway project, the first in Egypt to employ an electric traction system, according to a ministry statement.

Electric traction refers to the use of electricity as an energy source instead of the traditional fuel sources.

The new two-way railway will be 80 kilometers in length and will connect Bilbeis City, Sharqeya, and El-Salam City in Greater Cairo.

The agreement was signed between the Egyptian and Chinese governments along with the Chinese holding company Aviation Industry Corporation of China (AVIC).

The Chinese side said it is ready to provide the Egyptian government with the complete designs and the final studies for the implementation along with the project’s costs and timeframe.

Minister of Transportation Ibrahim El-Demeiry said the project would help reduce train accidents and pollution.  The ministerial statement also noted that the new railway would be connected to the third metro line in the Salam station.

The Ministry of Transportation announced last month that it had decided to revive a plan to build a high-speed train service, said to connect the country’s northern and southern borders, from Alexandria’s Mediterranean coast to Aswan. According to the ministry, the project would cost USD 10 bln and the train’s speed would reach 350 km/h.

The minster mentioned that the first phase of the project, which would take three years to complete, would connect Alexandria to Giza and span around 200km.

El-Demeiry added in an official statement that the government is studying the possibility of issuing public shares to finance the project.