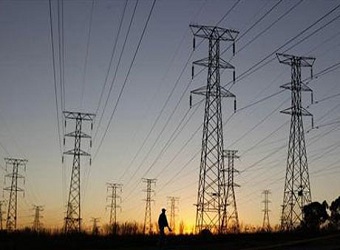 The new project was launched during a conference that has been attended by IMC executive director Ahmed Taha, the Electricity Ministry’s first undersecretary, on behalf of the electricity minister, Mohamed Omran, and Director of Energy and Environment Programs at UNDP Mohammed Bayoumi.

The Chairman of the New and Renewable Energy Authority Mohamad al -khayat, Head of Egyptian Engineers Syndicate Tarek al-Nabarawi and some representatives from the ministries of Electricity, Housing, Investment, Tourism, Environment and Trade were also presented at the conference.

A grid-connected photovoltaic power system is an electricity generating solar PV power system that is connected to the utility grid, and it consists of solar panels, one or several inverters, a power conditioning unit and grid connection equipment.

The new project is being executed by the IMC in light of the challenges Egypt is facing in the energy sector, IMC executive director Ahmed Taha said in his speech during the conference.

Taha highlighted that the project targets the installation of the small photovoltaic cells, particularly the non-central generation plants, on the roofs of residential buildings, public institutions, small and medium factories and tourist organizations, in addition to establishing a center for technical support.

Moreover, The Egypt-PV Solar System is part of the ongoing cooperation between UNDP and the Egyptian government aimed at achieving Egypt’s goals in the field of new and renewable energy within Egypt’s sustainable development strategy 2030, said Director of Energy and Environment Programs at UNDP Mohammed Bayoumi.