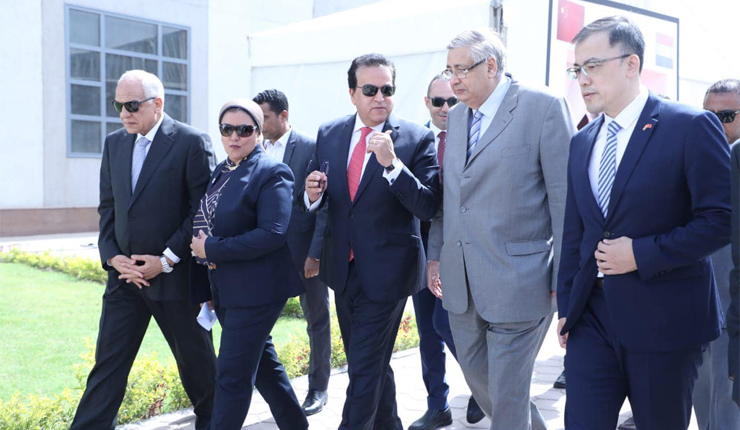 Minister of Health and Population Khaled Abdel Ghaffar has inaugurated the logistic complex for preserving and distributing vaccines in the Holding Company for Vaccines and Biological Products VACSERA in the Sixth of October City.

Egypt has a stockpile of coronavirus vaccines that is sufficient until 2023, the minister revealed.

The minister explained that the political leadership has drawn up a complete plan to develop VACSERA and raise its efficiency to turn Egypt into vaccines production centre to meet the requirements of African countries for vaccines.

The complex has started its construction in April with collaboration of China’s Sinovac Biotech under an agreement signed between the two sides at the Egyptian embassy in Beijing in January.

The new facility built on area of 3,180 square meters with a capacity to accommodate 100-150 million doses of vaccine annually.

Moreover, it includes two cooling rooms at a temperature of 2-8 degrees Celsius over an area of ​​​​661 square metres and nine meters high each.

In addition to that it has a storage area on an area of 290 square meters and a height of 3.45 meters to store the ready-to-pack bales at a temperature of 2 -8°C, VACSERA ’s CEO Heba Waly mentioned.

Waly stressed that the storage zone is completely separated from the final product storage area to avoid mixing.