Egypt Not Expected to Be Hit Hard by U.S. Aid Cuts 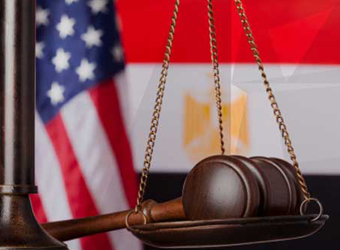 The U.S. decision to suspend delivery of tanks, helicopters and fighter jets to Egypt is more of a symbolic slap than a punishing wound to the military-backed government for its slog toward a return to democratic rule.

Egypt is awash in the tanks and planes it would need to fight a conventional war, and spare parts from U.S. manufacturers will continue to be delivered.

The Obama administration’s announcement Wednesday did sound a warning that it no longer can be “business as usual” with Cairo, as President Barack Obama put it, after the July 3 military coup that oustedMohammed Morsi, the country’s first democratically elected president, and led to the deaths of hundreds in police crackdowns on demonstrators.

In the short run, the suspension of hundreds of millions of dollars in aid will have little effect on Egypt’s military and its ability to defend itself. The cutoff probably will not do much damage to most of the companies with contracts to build such weapons.

The State Department did not say how much of the $1.5 billion in annual military and economic aid to Egypt was affected. It held up the delivery of Apache helicopters, F-16 fighter jets, M1A1 Abrams tank kits, which are put together in Egyptian factories, and Harpoon anti-ship missiles.

The U.S. also is withholding $260 million in cash assistance to the government until “credible progress” is made toward an inclusive government set up through free and fair elections.

The U.S. will keep providing support for health and education and counterterrorism; spare military parts; military training and education; and border security and security assistance in the Sinai Peninsula. Near-daily attacks against security forces and soldiers in the Sinai have increasingly resembled a full-fledged insurgency.

“If they really wanted to hurt Egypt, the U.S. would suspend maintenance and logistic support,” said Robert Springborg, an expert on the Egyptian military at the Naval Postgraduate School in Monterey, California.

Shana Marshall of the Institute for Middle East Studies at George Washington University, said the Egyptians are “almost saturated with Abrams tanks. They are literally sitting in warehouses.”

Marshall noted that the Egyptians will still receive spare parts, maintenance and technical advisers. “That’s what they really need from the U.S.”

Marshall suggested that Egypt’s public expressions of dismay at the White House decision were designed to help the Obama administration make it appear as if the U.S. were taking tough action.

The Egyptian military has offered no official reaction. Before the announcement, the military chief, Gen. Abdel-Fattah el-Sissi, said only that while Egypt has “strategic relations” with the U.S., it won’t tolerate pressure.

The Foreign Ministry called the decision “wrong” and “ill-timed.”

It said Egypt will work to secure its “vital needs” on national security, a thinly veiled threat that it would shop elsewhere for arms and military hardware.

The military-backed government enjoys the support of key Arab nations such as Saudi Arabia and the United Arab Emirates. These allies have poured billions of dollars into Egypt’s anemic coffers and are likely to continue to win the common fight against Islamists. Morsi was a leader of the Islamic Muslim Brotherhood.

“I don’t see any reason why the Egyptians couldn’t buy surplus F-16s, Abrams tanks and Harpoon missiles from Saudi Arabia or Turkey or anywhere else,” Marshall said. “Now, if the U.S. went to the United Nations and tried to declare an arms embargo against Egypt, then that would be pretty serious.”

When the aid shipments do resume, it’s possible that the kind of military goods provided will look different.

For years, the U.S. has tried to wean the Egyptian military off the large tanks and planes used to fight a conventional war and get Cairo to buy counterterrorism items such as surveillance systems and electronics equipment.

So far the military has resisted, partly because of the U.S. Egyptian co-production tank program, which creates jobs in Egypt.

The U.S. decision is not expected to hurt giant U.S. defense manufacturers, but there could be ripple effects down the road at places such as a tank plant in Lima, Ohio, if the factory can’t find other countries to buy the hulking tanks, each weighing close to 70 tons.

The Joint Systems Manufacturing Center, which is operated by General Dynamics’ Land Systems division, is the only remaining plant that builds the tanks.

“For a program like Boeing’s Apache helicopter, it’s a blip on the radar screen because they are rebuilding hundreds of helicopters for the Army,” defense analyst Loren Thompson of the Lexington Institute said. “But for a place like the tank plant, which is already on the edge, it can have outsized consequences.”
The U.S.¬ military is not buying the tanks, so the plant … Lima’s fifth-largest employer with close to 700 employees … depends heavily on overseas sales.

Egypt is one of the more reliable buyers.

The Harpoon anti-ship missiles, made by Boeing, are also purchased by other countries.

The Pentagon no longer is buying F-16 fighter jets, which General Dynamics makes. The planes are being used by other nations, including some in the Middle East. The U.S. now buys the more advanced F-35 Joint Strike Fighter.

“One of the appeals of the F-16 for the U.S. government in terms of overseas sales is that it is a capable fighter, but it is not deemed a threat to Israel,” Thompson said. “So there is a greater willingness to sell the F-16 in the Middle East.”

Defense officials are working to figure out how much the U.S. will have to pay contractors for the costs, such as storage, associated with holding up the delivery of the military ware and whether the delay triggers any financial penalties. The F-16s and Apaches, for example, were about ready to be shipped.
Congressional aides have estimated that these “wind up” costs could amount to a half a billion dollars or more.

It’s unclear how long the suspension in aid will last.

Springborg speculated that it would end in a few months after an Egyptian constitution is ratified and elections are held.