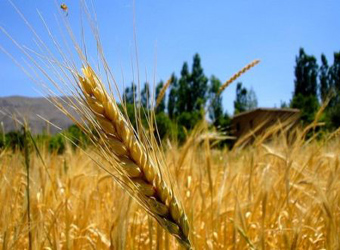 Egypt probably will need to hold an international tender “very soon” so wheat can be shipped and delivered before it’s needed by millers, Samson said today in an interview at the European Commodities Exchange in Paris. The state-run buyer, the General Authority for Supply Commodities, last purchased supplies through its tender system on Sept. 10.

GASC canceled a tender to buy the grain yesterday, citing higher prices. Milling wheat climbed 5.7 percent since the end of August on NYSE Liffe in Paris and yesterday touched the highest level since June 21. Prices increased in part as excess rain in Russia and Ukraine prevented farmers from planting winter crops.

The cancellation was “not surprising, because I think there was some risk premium” that sellers factored into offers, Samson said. “There will have to be some catch-up buying, though, to meet their needs.”

Egypt, which has the Arab world’s largest population, uses the wheat to make subsidized bread. Twenty-five percent of Egyptians lived below the poverty line in 2011, according to state figures. Civil and political upheaval has spurred the overthrow of two presidents since 2011, leaving the country with a battered economy and declining foreign-currency reserves.

Local flour producers bought about 1 million metric tons of imported wheat since May, and purchases this marketing year may total about 50 percent of the usual 4 million tons, Samson said.

“Domestic flour millers are not buying a lot of wheat,” he said. “That’s a sign of reduced cash flow and a sign of consumer and economic conditions in the country.”

Egypt’s wheat production may be 9.37 million tons in 2013, up about 6 percent from the previous year, the United Nations’ Food & Agriculture Organization estimates. GASC purchased 780,000 tons of foreign wheat from July 18 to Aug. 12, mostly from Romania, Ukraine and Russia, the FAO said Oct. 3.

U.S. prices are about $40 a ton too high to compete against supplies from the Black Sea region in Egyptian tenders, according to Samson. French wheat costs about $20 to $25 a ton too much, he said.

Jordanian and Lebanese wheat demand also may increase as the countries contend with an influx of refugees from Syria, according to Samson. Combined imports into Jordan and Lebanon may be about 500,000 tons more than normal and might come via food-aid programs from international organizations, he said.

U.S. Wheat Associates develops markets for the nation’s harvest of the grain, according to its website. The Arlington, Virginia-based organization represents wheat commissions in states from Arizona to Wyoming, the site shows. The U.S. is the world’s biggest exporter of the grain.

Egypt Not Expected to Be Hit Hard by U.S. Aid Cuts