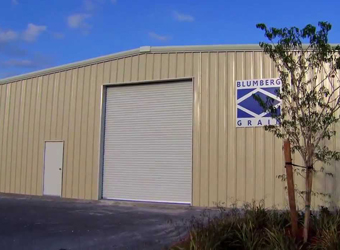 Egypt has received 105 silos from the first phase of the new wheat silos project, which is being implemented with U.S. Blumberg Grain, said Supply Minister Ali Moselhy on Monday.

“Our need for wheat silos is very high and the current storage rates do not correspond to the wheat supply season, where the quantities are high,” he pointed out.

He noted that both the Agricultural Research Centre, the Engineering Authority of the Armed Forces, and the Ministry of Military Production are studying the situation to determine the most appropriate solutions for storage.

Blumberg Grain completed the first phase of development for the silos project in Egypt, through the installation of 93 grain storage and processing centers throughout the country, in record time.

The company also announced that they completed the first phase of the project before last years harvest season, delivering 93 systems to process and monitor about a quarter of the country’s crop, however, a series of bureaucratic hurdles prevented the sites from coming online.