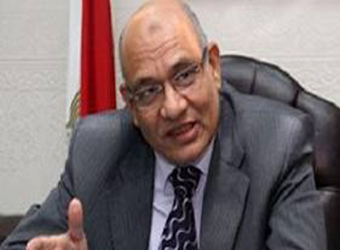 Mamdouh Omar, head of the Income Tax Authority said the government will finalize a bill on a value added tax (VAT) by end of January, according to Ahram Online.

The VAT will be fixed at a unified rate between 10 to 12 % and will be imposed on all goods and services with a few exceptions such as subsidized food stuffs like oil and wheat.

“The tax rate will be higher on other goods including alcoholic beverages, cigarettes and cars. The VAT should replace the sales tax currently imposed on 17 goods and services,” Omar said.

Egypt’s government has announced on several occasions since 2007 that it is going to implement the VAT in order to increase fiscal revenues, but the decision has been repeatedly postponed.

The VAT also formed part of the economic program the IMF discussed with the Egyptian government after the 25 January revolution in 2011 for a $4.8 billion loan.

However, the IMF agreement was postponed during and after the rule of former president Mohamed Morsi. Discussions were suspended following his ouster.

VAT, as well as sales tax, which was implemented in Egypt in 1991, are often referred to as regressive taxes because the tax burden is shared by all consumers whether rich or poor.

“The VAT increase puts pressure on the poor. It is a regressive tax and leads to a redistribution of the wealth in the wrong direction,” said Mahmoud El-Khafif, a spokesman of the United Nations Conference on Trade and Development (UNCTAD) in September 2012.
Sales tax revenues are expected to jump from EGP 83 billion in 2012/13 budget to EGP126.5 billion in 2013/14 if the VAT is enforced. In this case, sales taxes will account of 35.5 % of total fiscal revenues in the current fiscal year versus some 21 % in 2012/13.