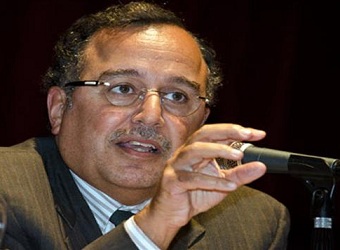 Egypt’s foreign ministry criticised a decision by the US administration to exclude Egypt from attending the African-American summit on trade ties with the US, as well as development and security in Africa.

“This decision is wrong and short-sighted,” said Badr Abdel-Ati, a ministerial spokesman, in a statement on Wednesday.

According to AFP, US President Barack Obama will send invitations to all African nations that are currently in good standing with the United States and are not suspended from the African Union (AU).

As a result, Egypt, whose membershiin the AU is currently suspended, will not receive an invitation to the summit scheduled for 5- 6 August.

Abdel-Ati stressed that the summit is not taking place within the framework of the AU, pointing out that Egypt has recently participated in similar meetings in other foreign capitals.

Egypt was suspended from the AU following the ouster of former president Mohamed Morsi on 3 July by the military amid mass protests against his one-year rule.

The AU’s decision is considered a standard response to any interruption of constitutional rule by a member state.

Since the ouster of Morsi, the US has frequently expressed concerns about the implementation of democracy and human rights by the interim government.

In October, Washington announced it would withhold deliveries of tanks, fighter aircrafts, helicopters and missiles as well as $260 million in cash aid to the interim-government, pending progress in the areas of democracy and human rights. The decision came after interim-authorities launched a crackdown on Islamists, leaving hundreds of Muslim Brotherhood members, leaders and sympathisers behind bars.

Washington has said, however, it would continue to support efforts to counter terrorism, weapons proliferation and provide security in Egypt’s restive Sinai Peninsula.

Last week, several media reports suggested that the halted aid would be restored after the newly-amended Egyptians constitution is ratified as the US government has called Egypt to follow its self-declared transitional roadmap.