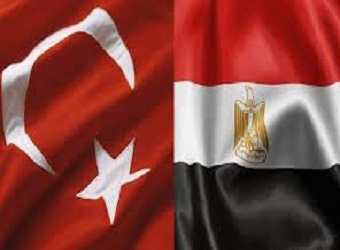 The Syrian government, flush with pivotal battlefield gains and bolstered by support from Iran and Russia, is finding itself the beneficiary of an evolving regional realignment spurred by the war in Syria.

Egypt and Turkey, countries that were once vocal opponents of Syria’s president, Bashar al-Assad, have, to varying degrees, softened their positions. Egypt, the region’s most populous Sunni country and wary of Iran’s Shiite theocracy, has made its tacit, increasing support of the Syrian government public for the first time. And Turkey, a Sunni regional power, is reshaping the Syrian battlefield by edging closer to Russia and dampening its longtime support for rebels fighting Mr. Assad.

The shifts come at a volatile time as countries in the Middle East long aligned with the United States are hedging their bets and looking to Moscow for support as Russian intervention transforms the conflict in Syria.

The maneuvering comes as Russia asserts itself across the region to a degree not seen since Soviet times, partnering with an increasingly ambitious Iran. Longstanding American alliances with Turkey, Egypt and Saudi Arabia are frayed, and face new uncertainty with the election of Donald J. Trump, whose foreign policy remains largely undefined, except for an avowed eagerness to shake things up.

Egypt, which has seen its influence wane, is seeking allies and relevance wherever it can find them, even if that means shelving concerns about Iran.

While Russia’s goal seems to be to expand its influence and pave the way for the international rehabilitation of Mr. Assad’s government, the scrambling of alliances remains in motion and the results unclear. The new relationships are messy, contradictory works in progress.

“In today’s regional context, this tactical hedging by countries on multiple fronts is likely to continue and may accelerate under a Trump administration,” said Brian Katulis, a senior fellow at the Center for American Progress in Washington.

Egypt and Turkey both provide examples of hedging, testing realignments but not jumping in with both feet.

Turkey has reached a potentially game-changing understanding with Russia in northern Syria — slackening support for besieged rebels in the divided city of Aleppo in exchange for a sphere of influence along its border — but continues to push the deal’s boundaries politically and militarily. And Egypt is diverging from its traditional allies in some ways, by splitting from Saudi Arabia on Syria; it remains financially dependent on the kingdom and hopes to mend fences with the United States under Mr. Trump.

Egypt, Mr. Katulis said, is “seeking to signal that it has an independent perspective and position” on the Syrian conflict and on regional policy, balancing the United States and Russia, not aligning entirely with either the Gulf Arab states or Iran.

Those positions are congruent with Mr. Assad’s. However, they diverge from those of Saudi Arabia, which has long been one of Egypt’s main financial lifelines, supplying aid worth tens of billions of dollars.

Mr. Sisi is also increasingly wary of Turkey. He sees the recent defeat of a coup attempt against Mr. Erdogan’s Islamist government as “the birth of a religious state in Europe,” he told Mr. Katulis in July during a two-hour interview for a forthcoming report on United States policy in Egypt.

Yet, Mr. Katulis said, the Egyptian president also made clear that he remained suspicious of Iran’s Shiite brand of Islamism despite its alignment with Mr. Assad and opposition to Turkey in Syria.

But for now, Mr. Sisi seems to be putting concerns about Iran on the back burner and focusing more on Sunni Islamist movements, which he sees as a bigger threat. And lending support to Syria helps a weakened Egypt evoke its glory days as the leader of Arab nationalism in the 1960s.

Mr. Sisi’s emphasis on state sovereignty, supporting Arab states against insurgents, is also a major boon to the Syrian government’s quest for legitimacy, said Kamal Alam, a visiting fellow at the Royal United Services Institute in London and Levant Consultant for the Hoplite Group.

Three years ago, Turkey and Egypt were prominent supporters of the Syrian rebellion, aligned with Saudi Arabia in what the Saudis saw as a geopolitical and sectarian struggle against Iran.

Today, both countries have tilted to different degrees away from Saudi Arabia and toward Russia, if not directly Iran. So has Jordan, another American ally and mostly Sunni country whose support for rebels had always been relatively lukewarm.

All three seek to insulate themselves from the upheaval in Syria — from refugees and migrants, from the Islamist militants like Islamic State and Qaeda affiliates that gained footholds within the insurgency they helped support, and from any possible popular revolt.

The first to peel away was Egypt, in 2013, after Mr. Sisi, an army general, seized power from Mohamed Morsi, a Muslim Brotherhood leader who had emphatically supported the Syrian revolt. Pro-government news media made it clear that the Egyptian stance on Syria had changed; Syrian refugees were even attacked in the streets.

Mr. Sisi and his foreign ministry avoided explicitly voicing support for Mr. Assad — presumably to avoid antagonizing the Saudis. But they quietly hosted Syrian officials, and positioned themselves as an Arab partner for Moscow on Syria.

Then relations soured with Saudi Arabia, in part over Egypt’s refusal to actively engage in its fight in Yemen against Iran-backed rebels. The Saudis cut off discounted oil deliveries.

Egypt’s alignment with the pro-Assad front became more public. In October, Iran pushed to add Egypt to international talks on Syria, and Egypt voted with Russia on a United Nations resolution on Syria. Cairo also recently hosted Syria’s powerful security chief, Ali Mamlouk — not his first visit during the Syrian war, but the first to be publicly acknowledged.

Then, last month, Mr. Sisi tossed a modicum of public support to Mr. Assad. Asked whether Egypt would be willing to send peacekeeping troops to Syria, Mr. Sisi said it was best to support “national armies.” When pressed to clarify if that meant forces loyal to Mr. Assad, Mr. Sisi gave a terse “yes.”

It was just a few words, but for Mr. Assad, internationally isolated, any small nod to legitimacy matters. Soon, reports even circulated that Egypt was sending pilots to aid Mr. Assad’s war effort. Egyptian officials strongly denied it, and regional analysts agreed it was extremely unlikely.

Egypt is not in a position to carry out foreign military adventures, so the significance of its new steps is mainly optical. But they left Saudi Arabia “pretty clearly irate,” said Mr. Hanna, who studies Egypt and the region at the Century Foundation.

But the chances are that Saudi Arabia will continue to send Egypt aid whose main purpose is to shore up stability there. And Mr. Sisi appears undaunted.

Even as an outcry arose over the intensive bombing of Aleppo this week, Egypt in an emergency Security Council meeting justified its decision not to support “any side against the other.” The statement was seen as a polite way of refusing to apologize for not hewing to the Saudi line.

Turkey, too, has been unusually quiet on Aleppo. That, to many observers, confirms it has essentially agreed with Russia on a trade: Turkey allows rebel defeat in Aleppo, in exchange for Russia’s blessing of its incursion into Syria farther north to keep Kurdish militias away from its border.

President Recep Tayyip Erdogan of Turkey even submitted to public censure from Russia on Thursday, for declaring his country was still trying to topple Mr. Assad. After being asked for clarification by Moscow, Mr. Erdogan reversed himself, insisting that Turkey’s goal in Syria was solely to fight terrorism.

But the parameters of the Turkey-Russia deal remain murky and possibly undefined even between the parties, Mr. Hanna said, making for a volatile situation.

Turkey entered Syria with a force of anti-Assad rebels to set up what it calls a safe zone along the border. But as they move farther south and east, the likelihood increases that they will come into conflict with Russian-backed government forces, or American-backed Kurdish forces.

“It’s a dangerous fault line,” Mr. Hanna said. “If you put anti-Assad rebels who have sublimated their goals to serve Turkish interests in very close proximity to regime forces, how much control does Turkey have over its proxies?”

Another question is how much control Russia has over the Syrian government.

Diplomatic realignment can go only so far, and the more triumphant Damascus feels the harder it may be for Russia to deliver “a de-escalatory path,” said Mr. Hanna, who favors United States-Russia talks to reach a political solution but says the main obstacle is the Syrian government’s inflexibility.

“Russia lines up the regional dominoes,” he said. “And the regime says, ‘Great, now let’s continue fighting this war.’ ”