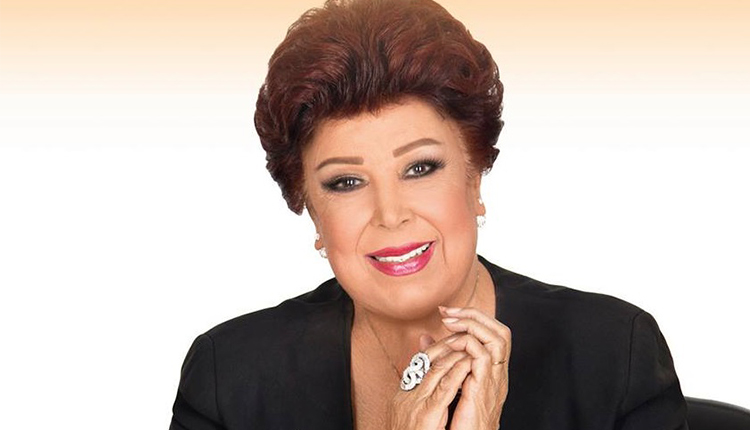 “We had to move her to the ICU and put her under a non-invasive ventilator,” doctor Said El-Saan, a health ministry official in Ismailia told MBC’s prime-time TV show on Tuesday.

Days after reports about her condition sounded reassuring, her daughter requested her wide fan base across the Arab world, through social media, to pray for her mother, who is turning 82 on 6 September.

It’s the second week since El-Giddawy has been admitted to the hospital, receiving attention from the authorities, the media and fans while stirring sympathy, concerns and debates too.

El-Giddawy’s infection was unveiled after she had finished shootinof her part in Le’bet El-Nesyan (Game of Oblivion), a Ramadan TV drama, with some cast members later quarantining themselves as a precaution.

“Très chic in everything,” President Abdel Fattah al-Sisi once said of El-Giddawy. She is a popular actress, TV presenter and public personality who appeared in hundreds of films, theatre plays and TV shows throughout a fruitful six-decade career, collaborating with almost all of the country’s best writers, directors and actors of successive generations.

El-Giddawy is one of many other reported coronavirus cases in the media field in Egypt, such as singer Nehal Nabil, journalist Hussein Zanaty, TV anchors Riham El-Sahly and Aya Abdel-Rahman and advertisement director Ahmed Hussein. Sound engineer Ayman Naguib passed away on Tuesday.

As Egypt recorded more than 27,000 positive COVID-19 cases and over 1,000 deaths so far, all cultural venues in Egypt are shuttered. However, the government said that cinemas, mosques, sports and social clubs and restaurants might be reopened soon.

EU to use $2.7 billion fund to buy promising coronavirus vaccines