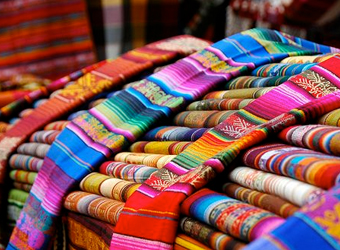 Exports of the Egyptian textile sector decreased 4 percent during the first month of 2018, recording $62 million, compared to $64 million in January 2017, according to the Egyptian Textile Export Council.

Moreover,  Egypt adopts a strategy to become a center for textile manufacturing within upcoming years through the issuance of industrial lands to expand the construction of textile and ready-made clothes’ factories.

Ministry of Industry and Foreign Trade has built two cities for textile in Badr City during 2017, in addition it seeks to implement the largest textile and clothing city in Egypt, in cooperation with a Chinese company, on a land of 3.1 million square meters located in Sadat City in Menoufia governorate.

The largest city will be completed by 2024. The construction of the first phase has started in March 2018
and will be ended by 2020; the first phase will include 57 factories.

Minister of Industry Tarek Kabil announced earlier that he is working on improving the national components so as to replace the imported products with Egyptian ones and to raise the quality of textile in the coming years.

Generally, the strategy of regulating the imports and supporting the exports led to an 11 percent increase in the Egyptian exports in 2017, reaching $22.4 billion. It also targets to increase the exports to $25 billion in 2018.