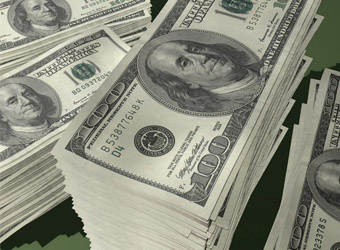 The Central Bank of Egypt (CBE) has offered US$ 40 million to local banks on Monday at its FX auction launched last December.

According to a banking source, the US dollar’s price rose against the Egyptian pound to EGP 6.7342, compared to Thursday’s levels of EGP 6.7304, representing an increase of 38 points.

The source further added that the bank receives 20% of the value it asked CBE for, affirming that the fall in Egypt’s foreign reserves to US$ 13 billion at the end of last January and the drop in dollar inflows have contributed to the increase in the value of dollar against the Egyptian pound.

It is worth noting that the US dollar’s recent steady was after the Central Bank Governor Hisham Ramez has cancelled the 1% commission that had been placed on banks and forex firms, limiting the number of currency auctions to just two a week, and limiting the range of rates at which banks could sell and buy currency from one another.

Upon his instructions, the central bank has also tightened the pound’s trading band in the interbank foreign exchange market. Accordingly, Banks may now only buy or sell dollars or their equivalent to other banks in a band of 0.01 pounds above or below the weighted average bid at the central bank’s regular currency auctions, the dealer said. Previously, the limit had been 0.5 percent above or below the average bid.