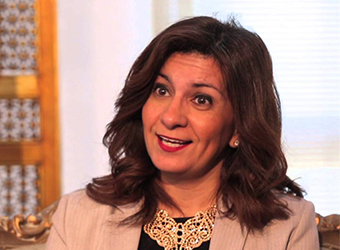 The head of the Egyptian community in Qat

ar, Mohamed El-Iraqy, told Makram that Qatari authorities have so far not taken any measures against Egyptian nationals.

The minister said she is personally monitoring the situation and called on Egyptians in Qatar to call the ministry directly if they have any complains or requests.

Makram also checked to make sure that there are flights from Doha to Cairo by airlines from countries that have not cut ties with Qatar.

Qatar has slammed the decision as “unjustified,” saying that the move aimed to put Doha under political “guardianship.”

The Gulf country also stressed that “these measures taken against the state of Qatar will not affect the normal course of life of the citizens and residents of the state.”