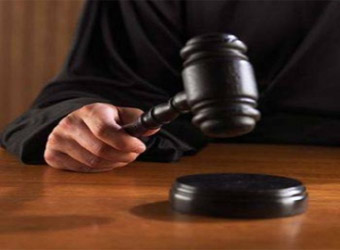 Egypt’s interior ministry has begun publishing photos of criminals and fugitives in the country’s public transportation system, allocating awards to people who can provide information about the wanted individuals.

A banner that reads together for a safe country could be seen inside public buses on Tuesday alongside the photos of convicted criminals.

Phone numbers and an email address were also provided for people to inform the police about any useful information about the individuals who the interior ministry said have been convicted with final judicial verdicts.

Photos of the convicted criminals have also been posted in railway stations and any other transport system with a high volume of traffic.

An interior ministry statement said that it began implementing the system in light of people’s keenness and awareness to help impose security and the rule of law.

This is the first time that such a system has been implemented in public transport in Egypt, previously limited to checkpoints and police departments.

There are nearly 50,000 convicted criminals in Egyptian prisons, according to estimates from different human rights’ centres and organisations in Egypt.

Since 2011, there have been several incidents of jailbreaks from Egyptian prisons. The most recent incident was in October 2016 when six militants escaped from a provincial prison in Ismailia governorate.

The prison’s chief investigations officer died days after he was injured during the jailbreak. Security forces arrested and killed three of the fugitive militants and another three are still on the run.