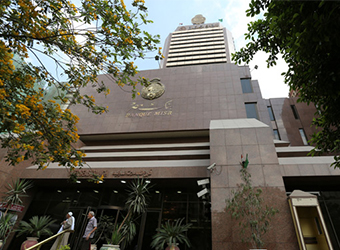 “Egypt is an important gateway for banks and financial companies from China to enter into African continent,” Etreby said at the office opening ceremony on Thursday.

“We never want to compete with other foreign and local banks on the mainland, but we will provide supplementary financing services and products to our customers,” Etreby told China Daily on Thursday.

Banque Misr, the second largest bank in Egypt, has recently signed a series of co-operative agreements with major Chinese banks and financial organizations to provide financial solutions and financing activities to local and Egyptian small and middle enterprises in the future.

Etreby said he believed his bank had great potential on the mainland market when China and Egypt have advanced economic co-operation under the “one belt and one road” initiative.

Banque Misr chose Guangzhou for its first representative office in China as it has become one of the major commercial and port cities in the world.

Guangzhou, which organizes the semi-annual Chinese Import and Export Commodities Fair, has now opened more than 300 international ocean routes connecting to more than 80 nations and regions.

Egypt imports a large number of commodities from the southern Chinese metropolis each year.

Meanwhile thousands of Egyptian business representatives visit to Guangzhou to do business.