Polaris International to establish industrial complex for SMEs in Egypt 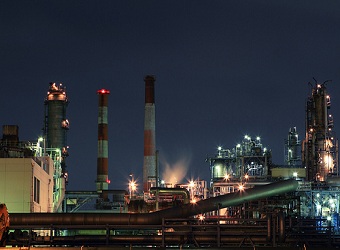 Egypt’s Polaris International for Industrial Parks will establish an industrial complex for small and medium-sized enterprises (SMEs) in Sixth of October City, with investments of 250 million Egyptian pounds ($14.1 million).

Tunc Ozkan, Polaris’s chairman, said Saturday that the new project will contribute in the development of SMEs in Egypt, which are bound to play a positive role in developing Egypt’s exports and providing foreign currency.

Polaris General Manger Osman Evren Arikan said that the project will include 56 entities on an area of 56,000 square meters, which will be ready for use once the needed licenses are acquired. He said that these entities could be used in different forms such as factories and depots.

Arikan added that the entities are designed to be smart, flexible for expansions and combinations to create larger spaces, which in turn will give owners the chance to expand their projects. He further said that they are designed to be environment-friendly through a system approved by the Ministry of Environment to reduce pollution resulting from factories, adding that the units are equipped with facilities such as water, electricity and modern sewage networks.

This is in addition to the project’s infrastructure services that include roads connecting the area with other industrial regions in 6th October City on the outskirts of Cairo.

Head of the General Authority for Industrial Development (GAFI) Ahmed Abdel Razek said that GAFI is providing all the facilitations for the start of industrial projects, pointing to that the authority and Trade Ministry‘s initiative to prepare all the needed licenses for SMEs in 30 days only.