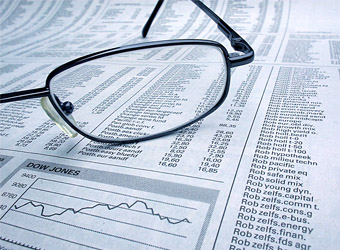 As a tool used by the WEF, the GCI evaluates how countries fare on competitiveness. Evaluation is based on their performance on three main pillars (‘basic requirements’, ‘efficiency enhancers’ and ‘innovation and sophistication factors’).

To calculate a country’s GCI, the three pillars are weighted depending on the stage of development that a country falls into (based on GDP per capita and other indicators). Egypt’s classification as transitory from factor- to efficiency-driven economy places the bulk of weight on basic requirements and efficiency enhancers (with weights 40 and 50, respectively). ECES is a partner institute of WEF in the preparation of the Global Competitiveness Report.

Deterioration in this year’s rank is largely attributed to the pillars of basic requirements and efficiency enhancers. The former pillar’s deterioration owes to a weakened institutional environment, lower quality of infrastructure, and the macroeconomic environment. While health indicators have displayed improvement, primary education slipped in quality. Efficiency enhancers owe their deterioration to the poor performance on higher education and training, on the efficiency of the goods, labour and financial markets, as well as the level of technological readiness.

The weakened institutional environment is manifested in the need for greater protection of property rights and of intellectual property, high incidence of bribes and irregular payments, weakened judicial independence, a wasteful pattern of government spending, as well as a relatively inefficient legal framework for settling disputes. Moreover, this year’s results show an increased business cost associated with both ‘terrorism’ and ‘crime and violence’. On a positive note, however, the GCI results reflect a higher degree of transparency in government policymaking, and in firms’ interactions with public officials, politicians or other enterprises (the so-called ethical behaviour of firms).

With reference to infrastructure, the quality of roads and railroads as well as the reliability of the supply of electricity, all have room for much improvement, while mobile telephone subscriptions appear to be quite favourable.

Lingering macroeconomic environment problems are: high unemployment, fiscal imbalances (a widening budget deficit coupled with an increased public debt as % of GDP), deteriorated gross national savings, and unfavourable country credit ratings, albeit with a slightly improved inflation. Finally, primary education is generally perceived as being misaligned with the requirements of a competitive economy, as well as requiring considerable development, particularly in mathematics and science curricula.

With reference to the efficiency enhancers, Egypt’s higher education, like its primary-level one, appears to be misaligned with the requirements of a competitive economy. There is a pressing need to revisit mathematics and science curricula, to improve the quality of management schools, and of internet access at schools, as well as to deepen high quality specialized training of staff at the business level.

Efficiency of the goods market continues to be held back by weak anti-monopoly practices, by cumbersome bureaucracy and regulatory regime, all with negative implications for the ability to attract foreign direct investment. However, Egypt shows some improvement in the extent of market dominance across economic activities.

The status of Egypt’s labour market raises concerns over the rigidity of hiring and firing practices, low capacity to attract and retain talented people, and the low ratio of females-to-males in the labour force. On a positive note, however, results reflect better cooperation in labour-employer relations and greater flexibility in wage determination. These may reflect better-developed employee negotiation skills or, perhaps, a higher degree of worker representation.

The financial market requires greater availability and affordability of financial services, not to mention ready access to loans (which is reflected in weak financial intermediation with low banking loan-to-deposit ratios). Finally, Egypt’s businesses do not exhibit high readiness to absorb new technology. Meanwhile, Egypt continues to fare well on the size of both domestic and foreign markets, both with potentials for exploiting economies of scale.

Egypt’s business sophistication and innovation factors call for betterment in the quality and quantity of local suppliers, and for increasing their scope for covering activities across the value chain, as well as the level of sophistication of their production processes, all with implications for deeper engagement in global value chains. Enhancing Egypt’s competitiveness requires paying closer attention to the quality of scientific research institutions, to strengthening business collaboration with industry in R&D—thereby capitalizing on a rich base of scientists and engineers—and to raising firm-level spending on R&D.