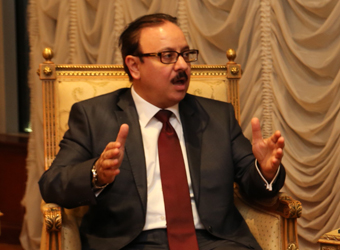 Egyptian Silicon Industries Co. (E-SICO) and Qualcomm International Inc. have signed a deal to cooperate in transferring the latest technologies to the new Egyptian factory in New Assiut Technology Park, while preserving the rights to use this technology.

The Minister of Communications and Information Technology Yasser ElKady witnessed the signing of the agreement.

The agreement was signed on the sidelines of the second day of the 21st Cairo ICT, held under the auspices of President Abdel Fattah el-Sisi on December 3-6 at Egypt Convention Center, in New Cairo.

Moreover, the President of Eastern Europe and MEA region at Qualcomm Jihad Srage stated that this agreement stems from the company’s belief in the future of the communications and mobile devices industry in Egypt and that the new factory can export to the region and Africa’s countries.