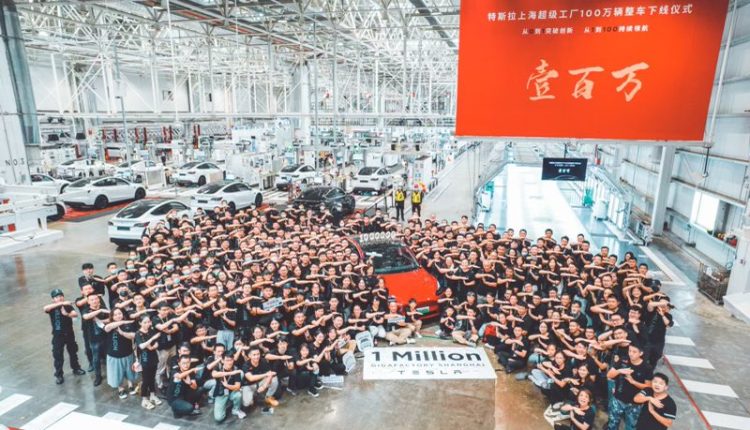 Tesla has made over three million cars, according to a tweet of CEO Elon Musk on Sunday. The tweet also includes Tesla’s Shanghai factory has made one million cars.

After months of lockdowns and parts shortages in China that threatened Tesla’s vehicle production, Musk’s announced that. Musk also suggests that Tesla’s Shanghai factory is producing a big number of new vehicles. That comes after opening in 2019 and later years of investment.

Musk celebrated by the total vehicles’ achievement on Sunday. This celebration comes after Tesla’s reported that deliveries, the closest approximation for sales, have been rising in recent quarters. In July, Tesla said that it delivered 254,695 vehicles in the second quarter, a 26.5 percent rise year-over-year.

Along with its Shanghai plant, Tesla produces cars at factories in Fremont, California; Austin, Texas; and near Berlin in Germany. “Fremont factory, the company’s first, had made 2 million cars.” Musk added in July.

In June, Musk said he wanted to get the Shanghai plant back. “In the saddle and lamented that Tesla’s Berlin and Austin factories were money furnaces losing billions of dollars because of supply chain and production issues” Musk highlighted.

Tesla stock is down nearly 25 percent in 2022, because investors have been reassessing fast-growing companies in the face of inflation and macroeconomic concerns. Musk sold over 7 million shares of Tesla last week worth about $6.88 billion. Although he is simultaneously tied up in litigation over his efforts to terminate an agreement to buy Twitter for $44 billion.