Full steam ahead, as Egypt’s rail project gets green light 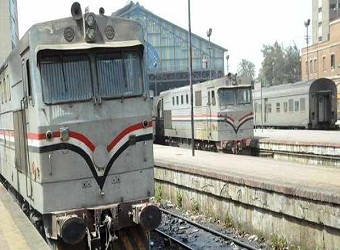 A unit of China Railway Group Ltd said it will began preliminary work on a $1.24 billion-worth light rail project in Egypt within two to three months, marking China’s debut rail project in the country.

China Railway Eryuan Engineering Group Co Ltd, as the prime contractor, said on Wednesday: “Upon completion, it will have the capacity to accommodate 340,000 passengers daily, and reduce traffic time between Cairo and the under-construction new administrative capital, as well as the 10th of Ramadan City, by about 30 percent.”

The light rail system is expected to cover a distance of 66 km with 11 stops, connecting the capital Cairo with the under-construction new administrative capital, and distant districts of Greater Cairo including Al-Salam, 10th of Ramadan, Obour, Badr and Shorouk. It has a designed maximum speed of 120 kilometers per hour.

That’s according to an agreement recently signed between a consortium of Chinese firms and the Egyptian Ministry of Transport.

Apart from easing the regional traffic situation, the light rail project will also create new jobs for Egypt and promote the local construction industry, Han was quoted as saying by China Radio International.

The Egyptian side attaches great importance to the project’s construction and met with the Chinese consortium earlier to negotiate key issues in the contract, he added.

The Egyptian government put forward a plan in 2015 to build a new administrative capital, east of Cairo, covering an area of 700 square kilometers to relieve the great housing and transportation pressure.

Last year, bilateral trade in goods reached $11.3 billion, down 12 percent year-on-year, ranking Egypt as the third-biggest African trading partner with China, according to the General Administration of Customs.

In the same period, China’s exports to Egypt dropped 9.92 percent year-on-year and imports decreased by 39.8 percent.

China mainly exports mechanical and electrical products, vehicles and accessories, and steel and steel products to Egypt, and imports crude oil, stone, lubricant, citrus and ore from the country.

Mohammed Shehata, head of the Egyptian Transport Association, said on Sunday that China can be a main player in developing Egypt’s railway system.

“China is a leading country in this field,” Shehata said, adding that China is always ready to help friendly countries improve their infrastructure.

The ETA is a leading Egyptian NGO that monitors and issues reports on the transportation systems in the North African country.

The NGO chief said that China has been helping numerous countries, including many in Africa, to build new up-to-date railway systems, stressing that the country will not hesitate to provide Egypt with its expertise in the field of railways and transportation.

On Friday, an Alexandria-bound train coming from Cairo crashed into the rear of another train on its way from the Mediterranean city of Port Said to Alexandria, leaving 49 people dead and more than 130 others injured.

Following the accident, Egyptian President Abdel Fattah al-Sisi urged the government to hurry up with the development process of the country’s railway network, thereby avoiding more such crashes.

The president gave instructions to form technical committees charged with evaluating the maintenance processes and specifying the needed spare parts for the trains and railroad infrastructure.

Shehata said China is preferred over European countries to develop Egypt’s railroad infrastructure because China offers both expertise and finance for development projects and the costs are usually lower.

“Unlike European countries, China does not decide the companies that will carry out the projects. It also provides finance through generous loans from Chinese banks,” Shehata pointed out.

He also said China’s participation in rebuilding Egypt’s railway infrastructure will help boost the Belt and Road Initiative to link Africa and Asia.

“China is more a partner than an investor,” he stressed.

The Egyptian railway system, Shehata said, is badly in need of renewal, using the latest available technologies. He said Egypt has been using very old methods, railway infrastructure and trains.

“The service that transports millions of Egyptians should be fully updated for the safety of passengers,” Shehata insisted.

The ETA chief also said development should also include training those who will be running any new system, and that diesel locomotives should be replaced with newer electric trains.

Egypt has spent billions of US dollars to develop its railroad and train systems, but the development projects did not yield good results because “we did invest in an old infrastructure,” Shehata pointed out.

“It is not a good idea to update an already old train or network. The whole network and trains should be modernized and I believe that we need a pioneer partner like China to make a leap in our railway system,” Shehata said.