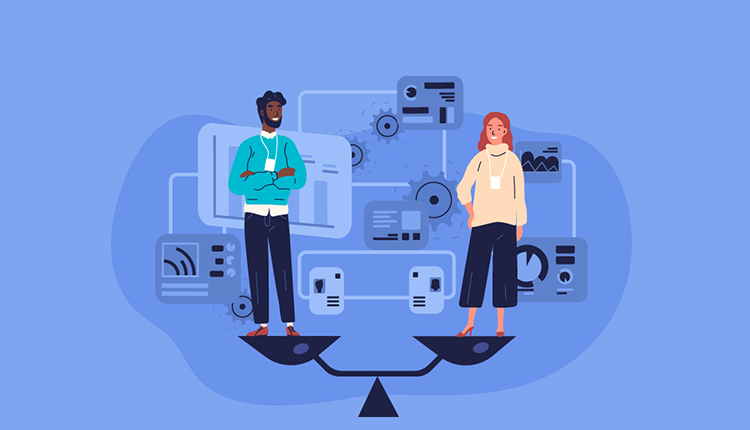 It will take another 99.5 years to close global gender gap, said an annual report by the World Economic Forum (WEF) published on Tuesday.

In its 14th year, the Global Gender Gap Report 2020 benchmarked 153 countries on their progress toward equality of the sexes based on four categories; economic participation and opportunity, educational attainment, health and survival, as well as political empowerment.

While the 2019 findings mean many will not see full gender parity during lifetime, it was an improvement on the 108 years in the 2018 index.

WEF has attributed this progress to greater political representation for women, despite this remaining the worst category for gender equality.

It will take 95 years to achieve the gender equality in political representation, with women holding just a quarter of parliamentary seats and around a fifth of ministerial positions.

“Positively, the so-called “role model effect” may be reaping dividends in terms of leadership and wages,” the report said. “Improving political empowerment for women has, as a general rule, corresponded with increased numbers of women in senior roles in the labor market.”

On the opposite end of the spectrum, WEF report states it would take just 12 years to make gender parity in education.

‘Progress will be stymied’

Iceland held onto the top spot for 11th year in a row, having closed nearly 88 percent of its overall gender gap and has continued to improve on 2018’s rankings. The country has completely closed its gaps in education and health and survival.

It remains the top performer for political empowerment for having had a female leader for the 22 of the last 50 years. Women constitute 38 percent of Iceland’s parliament and 40 percent of its ministers.

Moreover, women also account for 42 percent of its senior officials and 43 percent of companies’ board members.

This is despite the fact that Iceland has a significantly less generous parental leave policy compared with some other European countries. Women receive 68 percent of their gross salary during maternity leave, while this stands at 94 percent in Norway, 78 percent in Sweden, and 90 percent in France.

Iceland was followed by other Nordic countries; Norway, Finland, and Sweden, with each improving on gender equality in the spectrum of politics.

At the bottom of the list was Yemen, which was preceded by other countries in the Middle East; Iraq, Pakistan, and Syria.

The Middle East and North Africa have scored lowest on the gender gap index, with the region expected to achieve equality of the sexes in approximately 150 years, the report read.

“For now, many women in the region continue to face limitations of basic rights, including for divorce, inheritance, asset ownership, access to justice, and freedom of movement,”

WEF report referred that there are still 72 countries where women are barred from opening bank accounts or obtaining credit. In addition, over the last 50 years, 85 countries have had no female leaders.

“Without representing one-half of the population in national and local politics, progress will be stymied in other areas pertinent to women and the quest for gender parity,” WEF report warned.

The most improved countries were Albania, Ethiopia, Mali, Mexico, and Spain, with each having witnessed an increased presence of women in their political institutions.