Get to know the top 10 safest countries for retirement

The WatchGet To Know
By Amwal Al Ghad English On Aug 3, 2019 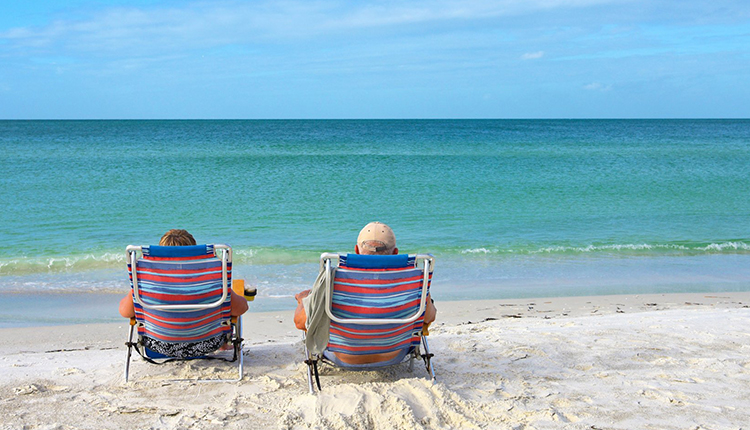 Looking for some peace and quiet in retirement and willing to pay for the privilege? Try looking north and abroad.

CNBC took the top 10 countries in this year’s Global Peace Index from the Sydney, Australia-based Institute for Economics and Peace and reordered them from most expensive to least, according to the cost of living index by country for midyear 2019 from Numbeo.com.

The U.S. doesn’t make the list, but one country in North America ranks high for safety and (relative) value. The nine other contenders — all orderly but varying in cost — are farther away in Europe, Asia, and Oceania.

Here they are, in order of cost from least to most affordable, according to data retrieved from the Institute for Economics and Peace, Numbeo.com, SmartAsset.com, Investopedia, MoneyWise.com.

This tourism hot spot (literally — Iceland is famed for its geothermal springs) is home to just under 357,000 people, although it welcomes millions of vacationers each year.

Isolated in the North Atlantic midway between Europe and North America, Iceland is actually ranked No. 1 on the Global Peace Index 2019. It’s No. 10 here, however, because it’s pretty pricey compared with the others on this list — coming in at sixth most expensive country (according to Numbeo).

Most goods and foods are imported, and Icelanders are relatively well off, so travellers to this country won’t be saving much. In addition, the weather can be brutal.

According to website SmartAsset, getting a residence permit in Iceland so traveller can stay for more than three months at a time means proving you have at least $2,376 a month in income, health insurance valid in the country, a place to reside and no criminal record, among other criteria.

The Land of the Rising Sun can be a welcoming place for people in their golden years.

Thanks to its partly Confucian cultural heritage, Japan traditionally honors and cares for its elderly. In terms of peace and quiet, the country is also right up there, coming in at No. 9 on the worldwide Peace Index.

Its relatively high eighth-place finish in overall expense helps place it at No. 9 in overseas retirement spot rankings.

Given its safety, high-quality health care, First World economy and infrastructure, plus that heritage of respect for elders, Japan looks to be an ideal destination for U.S. retirees looking for a new abode abroad.

However, its high costs and the difficulty in obtaining a residence visa — not to mention language differences — do up the ante in terms of difficulty in relocating there, says Investopedia.

Life might just be a fairy tale in the homeland of Hans Christian Andersen.

Ranked fifth in the Peace Index but 10th in Numbeo’s cost ranking, prosperous Denmark lands at No. 8. The country also consistently ranks at or near the top of happiness rankings, coming in at No. 2 in the 2019 World Happiness Report, just behind nearby Finland. OK, it’s idyllic but not cheap.

Not put off by costs? Now it gets tricky.

Getting a residence permit in Denmark can be difficult, even more so than in other European Union countries. Traveller is in luck (or are luckier) if he/she holds a passport from another EU nation, are married to a Dane, are (still) a student or can be an au pair, or — and this category might hold out some possibilities — can prove “strong ties to Denmark.”

It’s no surprise this Asian city-state places on a list of peaceful places, coming in at No. 7 in Peace Index rankings.

“Safe,” however, is a relative term. Singapore is notorious for draconian laws punishing everything from littering, gum chewing and jay walking to expression of same-sex orientation.

Singapore is also expensive, coming in at No. 12 worldwide.

If paying a lot for not being able to do much appeals, the city might just be the suitable destination.

Retiring there isn’t the easiest, as the country has no retirement visa programme. But permanent residency is possible, especially if traveller has at least $1.8 million or so to invest in the local economy, according to Investopedia.

Kiwi country comes in at No. 6, thanks to a second-place finish in the Peace Index race and status as the 21st most expensive country that Numbeo ranked.

New Zealand declared itself a nuclear-free zone in 1984, causing the U.S. to suspend its military treaty obligations to the country. (New Zealanders still deem that loss worth it, much to American officials’ ongoing chagrin.)

Prices are pretty much on par with the U.S. to boot. Sound good?

In Austria, the hills are alive … perhaps with the sound of retiree skiers happily swooshing down Alpine slopes.

This landlocked European Union member ranks No. 5 overall, thanks to its fourth-place Peace Index finish and status as the 24th most expensive nation (according to Numbeo).

Stereotypical Teutonic law and order rules the day in this land of Mozart and marzipan, which, for example, boasts the second-lowest homicide rate in the 28-member EU. (It’s about 0.66 per 100,000 inhabitants, compared with 5.03 per 100,000 people in the U.S.)

As in Denmark, obtaining residency in Austria can be difficult for non-EU citizens.

Information can be found at www.migration.gv.at/en. For U.S. citizens, they can visit for up to 90 days without a visa, and other foreigners are allowed to buy so-called holiday properties (“Zweitwohnsitz”) with local government permission.

The Great White North is our No. 4 finisher, ranking as sixth-safest country in the world and, as 28th most expensive, a tad cheaper than the U.S. (No. 25).

The Canadian dollar, or loonie, is worth about 75 U.S. cents, offering an instant 25 percent savings on many expenses. What really makes Canada a standout retirement destination is its cultural and geographic proximity to the States. (Although, for those looking for more foreign flair, French-speaking regions such as Quebec offer more exotic relocation destinations.)

Obtaining actual residency might not be worth all the extra legal expense and effort, given Canada’s ease of access and the fact that Americans can stay there for up to six months without a visa.

There are no restrictions on buying property in Canada, although nonpermanent residents must pay a special one-time 15 percent “speculation tax” upon closing.

Heading back across the Atlantic to the European Union, Slovenia, a scenic ex-Yugoslav state, is now believed to be the most prosperous of the former communist nations admitted to the EU (back in 2004).

The Alpine nation bordering Austria and Italy ranks No. 8 on the Peace Index but is just 49th on Numbeo’s list of most expensive countries, twice as far down as the U.S.

Even though Slovenians use the euro, prices are significantly lower than in the States or Western Europe.

As an EU member, Slovenia doesn’t offer a retirement visa for non-Europeans, so prospective retiree residents would have to apply for a renewable annual temporary residence permit before arrival.

After five years under this arrangement, permanent residency can be applied for. To gain temporary residency, traveller must have basic monthly income equal to Slovenia’s — around U.S. $1,000 — according to website MoneyWise.

Sunny and scenic Portugal — No. 3 on the Peace Index and Numbeo’s 54th most expensive country, with costs up to a third lower than in the U.S. — comes in second.

Wildly popular with retirees from northern European countries, Portugal also offers possibilities for Americans. In fact, SmartAsset.com reports that the country has taken steps to make residency easier for all retiree takers (at least compared with other EU nations).

Visit a Portuguese consulate in the States with proof of income, citizenship, health insurance, and a conviction-free past, and traveller could walk away with a five-year residence permit.

All that’s left is to book a flight to Lisbon, one of the closest EU destinations to the U.S. (just a 6½-hour flight from Boston).

Ranked at No. 10 in the Peace Index, the Czech Republic’s ranking at 69 out of 136 in terms of cost in the Numbeo ranking resulted in its swapping places with pricier Iceland (No. 1 in peace ranking but No. 10 here).

Like Portugal and Slovenia, Austria, and Denmark, the Czech Republic doesn’t have a specific retirement visa.

To stay more than 90 days as a U.S. visitor, retirees will have to apply for an annual long-term visa. As in Slovenia, after five years traveller can apply for permanent residency.

MoneyWise.com reports that, according to company Move To Prague Relocation Services, U.S. retirees can apply as self-employed individuals intending to work in the country or for the purpose of study, such as with Czech language classes.