Gold rises by most in a month as US dollar eases 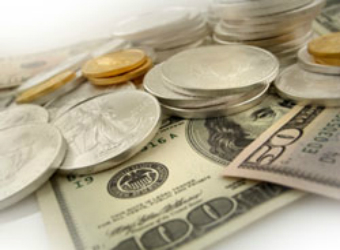 Gold prices rose on Thursday, as the U.S. dollar slipped against a basket of currencies, but gains were limited on expectations of more rate hikes by the U.S. Federal Reserve next year.

“I think it’s because of the dollar, which has weakened a little bit,” said Helen Lau, an analyst at Argonaut Securities in Hong Kong.

The dollar index, which measures the greenback against a basket of currencies, eased 0.3 percent at 103.03.

The dollar sagged against the yen on Thursday, weighed down by U.S. yields slipping to two-week lows and an ebb in risk appetite that favored the safe-haven Japanese currency.

Gold has risen about 8 percent so far this year despite an 8 percent drop in November.

“With interest rates rising in the U.S., gold will be a less attractive investment, and this explains some of the weakness the commodity has been facing in the recent months,” said Mihir Kapadia, CEO of London-based Sun Global Investments Ltd.

The Federal Reserve raised U.S. interest rates earlier this month for the first time in a year and signaled three more increases next year from the previous projection of two.

Gold is highly sensitive to rising rates, which lift the opportunity cost of holding non-yielding assets such as bullion, while boosting the dollar, in which it is priced.

“Trading conditions should remain fairly uneventful for the balance of the week but heading into next week, we think the Italian bank rescue and the direction of the Chinese yuan will likely dictate near-term pricing in gold, especially if equity markets start to get nervous about either of these two developments,” INTL FCStone analyst Edward Meir said in a note.

The Italian government is likely to put in around 6.5 billion euros ($6.8 billion) to rescue the country’s third biggest lender Monte dei Paschi di Siena, more than initially expected, sources close to the matter said on Tuesday.

Shanghai Gold Exchange, the world’s biggest physical bullion exchange, said on Wednesday it will curb the amount of gold investors can trade at one time, a move analysts said would limit institutional investors’ influence on prices.

Among other precious metals, silver rose for the third straight session, up 0.8 percent at $16.13 an ounce.

WTI prices fall on surprise build in US crude stocks

Stocks expected to open higher with data, oil in focus