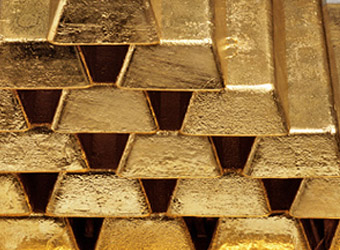 Share
Gold prices steadied in Asian trade on Tuesday, a day after falling to the lowest level in more than two weeks, as a climb in the dollar and 10-year U.S. Treasury yields dampened the appeal of bullion, which pays no interest.

The dollar index, which measures the greenback against a basket of currencies, was steady near the more than three-month high of 90.985 hit in the previous session.

U.S. bond prices fell on Monday, with the 10-year yield hitting its highest in over four years.

South Korea on Monday halted the propaganda broadcasts it blares across the border with North Korea, aiming to set a positive tone ahead of the first summit in a decade between their leaders as the U.S. president cautioned the nuclear crisis was far from resolved.

Barrick Gold Corp said on Monday it was done selling assets to cut debt and would instead use funds from future sales for growth or to pay dividends, as it looks set to lose its rank as the world’s biggest gold producer due to declining production.

Australia’s biggest gold miner Newcrest Mining said on Monday it has been approved to use the first 200 meters of its Cadia Hill mine’s open pit as a tailings storage facility after its flagship mine restarted processing earlier this month.