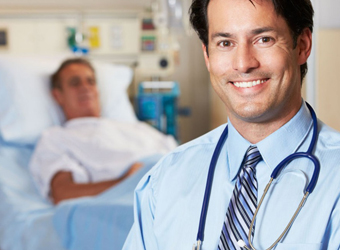 Doctors at Imperial College hospitals will soon be monitoring the health of patients with an app developed by Google-backed AI firm DeepMind.

The Streams app gathers information about key physiological measurers and warns when readings are high or low.

Medical data campaigners said patients deserved to know more about how their data was being used.

The deal will see medical professionals at three London hospitals, St Mary’s, Hammersmith and Charing Cross, getting updates and alerts on their smartphones about patients who are at risk of a sudden deterioration in their health.

The alerts and updates will be derived from blood tests and other regularly administered measures of an individual’s condition.

As well as data from medical checks, the Streams alerts and updates will draw on electronic patient records held at the hospitals.

“Patients should see how their medical records have been used,” he said, “including uses by large suppliers who see profit beyond the sticker price paid by the NHS.”

An earlier collaboration between DeepMind and London’s Royal Free NHS Trust has proved controversial because it involved the firm getting access to millions of patient records. DeepMind said it needed the data to help its software recognise various medical conditions including acute kidney injury.

Critics said DeepMind needed to be more open about the reasons it wanted the data.