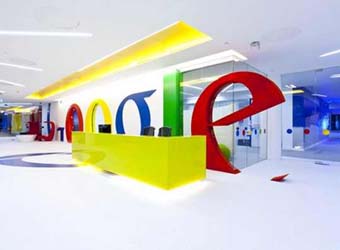 Google announced today its annual Year in Search results showcasing the most trending topics Egyptians searched for over the past year.

“More than a billion people come to Google Search everyday to learn, discover, and find answers. Google’s 2017 Year in Search showcases the people, topics, events, and places that captured the world’s attention this year.

There are many ways to explore the year through the lens of Google Search — from Egypt’s qualification to the 2018 World Cup, to the passing of the iconic artist Shadya, this year’s results are reflective of what truly captured people’s attention over the past year. We are happy to see that Google was part of people’s everyday lives as they searched for some of this year’s most important moments” said Joyce Baz, Head of Communications for Google in the Middle East and North Africa.

The lists include the top trending searches, people, events, sports personalities, shows, songs, and foods in Egypt. The data is generated by looking at an aggregation of trillions of searches (or queries) that people searched on Google this year. The lists are then filtered of spam and repeat queries to build lists that best reflect the spirit of 2017.

Similar to last year, school examinations topped the most trending searches list. This was an important year for football in Egypt, with several sports-related queries topping the news events and general searches list. Also, four sports personalities were in the top 10 trending people list, which was topped by Al Ahly Club’s new president Mustafa Al Khatib.

The news events list was mainly dominated by local events such as the Al Wahat Attack with Hurricane Irma being the only international incident to make the list. Similarly, the top trending songs list was topped by Cairokee’s and Tarek El Sheikh’s Al Keif, followed by Despacito.

Here are the most trending search queries in Egypt in 2017: