Govt. aims to nurture Egyptian Agricultural Bank back to profitability 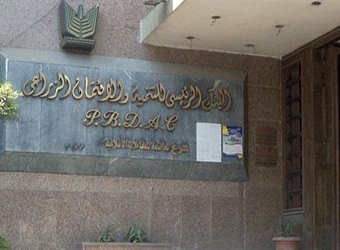 While most eyes last month were on the flotation of the currency and an increase in the prices of fuel, Egypt made another significant reform that did not get nearly as much attention.

Under a new law published in the official gazette on November 16, control of Egypt’s state-owned agricultural lender, the Principal Bank for Development and Agricultural Credit (PBDAC), was transferred from the ministry of agriculture to the central bank, and the lender was given a new name, the Egyptian Agricultural Bank.

The bank, with more than 1,200 branches, has Egypt’s biggest network by far and provides financial services to a sizeable section of the population that otherwise would have to do without. But it is a sadly dysfunctional holdover from Egypt’s socialist past that can only benefit from the change.

According to its new chairman, Elsayed Mohamed Marzouk Elkosayer, who took over in March, about 20 per cent, or 4 billion Egyptian pounds (Dh756.5 million), of its 22bn pound loan portfolio is non-performing. The bank’s losses dwarf its capital base of only 1.5bn pounds.

The bank was founded in 1931 by a group of private businessmen to lend to farmers. In 1961, president Gamal Abdel Nasser nationalised it, and 15 years later, his successor, Anwar Al Sadat, dissolved the country’s cooperatives and transferred their credit services to the bank, which he renamed PBDAC. He gave it monopoly control of fertiliser and pesticide sales, and by the early 1980s, the bank was drawing half of its revenue from fertiliser sales.

Soon it became a mechanism for the government to hire people in rural areas. By 1989 it was said to have 35,000 authorised staff positions, including 2,392 at its Cairo headquarters. It was cumbersome, inefficient and costly to the government. It had been geared to distribution and control rather than to marketing and profits. It interfered in what crops farmers grew and how they grew them.

To meet quotas, the bank would force farmers to take loans to buy the inputs it controlled, even when they didn’t want them. Then the government, when it needed political support from the countryside, regularly forgave farmers’ debts.

This, along with subsidised interest rates, has distorted credit in rural areas to the point where normal commercial banks are deterred from entering. As a result, Egypt has fallen far behind other countries in rural finance.

The state began stripping PBDAC of many of its non-banking activities in the 1990s and widened its scope of financial activities to make it more in line with regular commercial banks. Its fertiliser monopoly was ended in the 1990s. It has a wide range of deposit products and its lending caters not only to agricultural needs, but also provides loans to buy cars, for businesses and to finance infrastructure. It has introduced Sharia-compliant products and delved into foreign exchange.

Yet to this day, PBDAC is involved in activities it should not be in. It owns 2.1 million tonnes of storage space for wheat, and farmers selling to the government are required to deliver their wheat to public mills or PBDAC silos. The bank is now the single largest buyer of domestically grown wheat – last year it bought about 1.6 million tonnes, according to a report this year.

The government uses the bank to grease the dysfunctional subsidy system that targets a small group of crops, such as wheat, cotton and sugar, that do not necessarily build on the relative advantages of Egypt’s climate.

Taking the control of PBDAC out of the ministry of agriculture’s hands was one of the reform conditions laid down by international donors. There is a plan to develop and restructure the bank under the supervision of the Dutch financial services group Rabobank. PBDAC’s local staff have zero information systems, and as a result credit analysis is weak. Credit offices don’t know how to price risk so they tend to lend at rates that don’t make sense, according to people who have studied the bank’s systems.

Hopefully, under central bank management, the bank will be required to adhere to reserve ratios and loan classifications and forced to increase its capital. It should get out of the inputs business and allow farmers to buy their inputs on the market.

The bank needs a thorough examination of its business to see which branches are not pulling their weight. Probably should close some. The central bank should force the bank to stick to banking and to lending that is profitable and self-sustaining. It should be charging commercial rates of interest.

Patrick Werr has worked as a financial writer in Egypt for 26 years.