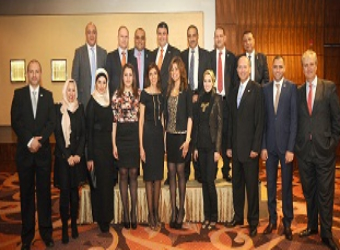 After the inauguration of the new branch in Jordan this time, Gras Savoye International would then have 50 subsidiaries abroad in addition to its global network with its partner Willis over 130 countries, the company said in a statement on Wednesday.

Gras Savoye Egypt’s presence in the Jordanian market dates back to 2011 in the aftermath of signing a partnership agreement with Guardian Insurance Broker.

From his part, Hamed Mabrouk, Managing Director of Gras Savoye Egypt, has hailed the efforts made by the Jordanian Insurance Commission to complete the initial procedures to obtain the licence necessary to launch its branch in Jordan.

In the presence of the chairmen of the Jordanian Insurance Commission, the inauguration celebration has been held on Wednesday with the participation of directors of PepsiCo, Total S.A. and Ritel S.p.A, by virtue of being Gras Savoye’s key clients since 2011.