How Powerful Is Egypt

VideoVideos
By Administrator On Aug 11, 2015 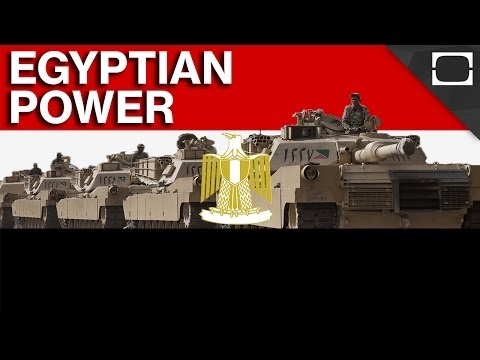 Egypt has a large population and strong military, but its government is unstable. So, we wanted to know, how powerful is Egypt? Egypt is easily one of the most powerful countries, if not the most powerful, in the Middle East right now, largely supported by its massive army. More than two years after Egyptian President Abdel Fattah el-Sisi orchestrated a military takeover of the government and vowed to restore order and security, the country is facing growing threats from militant groups in Egyptian borders. Earlier this summer, militants killed Egypt’s top prosecutor on a public street. Shortly thereafter, a jihadist group possibly affiliated with ISIS carried out an assault in Northern Sinai, killing soldiers and crippling emergency response teams. Sisi’s administration has made it clear that Islamist groups will not be tolerated. The Muslim Brotherhood, a more mainstream group, has been banned in Egypt, with thousands of members in prison, hundreds of whom are facing death sentences. This militant tone of Sisi’s administration is extending into other realms of civilian life now. In July, His cabinet drafted an anti-terrorism provision that outlined a two-year prison sentence for journalists who contradict official government reports on death tolls when violent attacks occur. Human rights groups are saying that Sisi is taking advantage of the recent surge in militant attacks to suppress civilians even more. Thousands of journalists and civilians have been arrested for protesting. This is driving Egyptians to use social media more and more to air grievances over how the government is failing its people. In June, the prime minister of Egypt toured two Cairo hospitals that were reportedly in deplorable conditions. He said he was surprised to see this. Following that, a social media trend took off around the tagline “So if he comes, he will not be surprised.” People created Facebook pages showing the sad physical state of public universities, courts, government offices, and other public facilities. In short, while Egypt remains one of the West’s most crucial allies in the region, it’s clearly far from an open, tolerant democracy for the time being.

State of emergency declared in Ferguson as protests turn violent