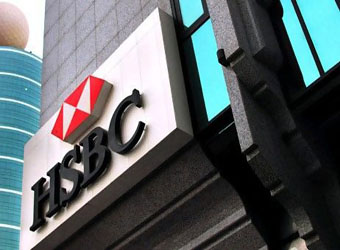 The report also stated that Egypt’s foreign investments from the Middle East will remain a key investor and destination for Egyptian exports in the long term.

Egypt’s long-term prospects are mostly positive, bolstered by the magnitude of reforms that Egypt has undergone over the past few months which have allowed it to acquire a USD 12 billion loan from the IMF.

In its report, HSBC pointed out that the liberalisation of the exchange rate, coupled with an interest rate hike, is expected to help restore confidence in the economy, alleviate foreign exchange shortages, attract foreign investors, increase export competitiveness and stimulate the tourism industry.

According to the report, economic growth will further be stimulated by the fact that these reforms will allow the Central Bank of Egypt to accumulate international reserves which will allow manufacturers to import needed components.

“Egypt has committed to and is implementing a significant structural reform agenda to drive economic performance. We expect these combined factors to provide a strong boost to growth. HSBC has been operating in Egypt for almost 35 years and we continue to see a lot of opportunities in Egypt. The HSBC Trade Forecast report highlights the potential for the Egyptian economy to strengthen with the economic reforms taking place. These reforms will help drive local manufacturing, attract foreign investors and the tourism industry to grow.”, Head of Corporate Banking HSBC Bank Egypt, Ahmed Yeganeh said.

Meanwhile, the report noted that Egypt’s short-term prospects are weighed down by global economic uncertainty, fiscal constraints, and rising inflation, yet in the long term, recent natural gas discoveries and ongoing economic reforms are expected to alleviate these constraints and improve prospects.

The report expected Egypt’s petroleum exports to remain the main component of export growth, although their contribution is set to decline from 22% in 2015 to 16% in 2021-30. Upside potential for export growth stems from the possibility that natural gas production will increase more quickly than expected.

Animal products are set to become another source of export growth, contributing to 11% of the export rise in 2021-30 while mineral manufactures, chemicals and plastics are forecast to decline in terms of contributions to export growth in the decade to 2030, yet they will remain among the fastest-growing exports.

The top three export destinations are set to remain Saudi Arabia (9% of total exports), Turkey (8%) and the UAE (8%) by 2030, while India (7% of the total) will grow to the fourth position in the rankings, the report elaborated.

Meanwhile, as Asia trends show, the fastest growing destinations for Egypt’s exports in 2021-30 are expected to be China (rising 12% a year), India and Bangladesh (both up 11% a year).

The composition of imports is expected to change over the coming years. While liquefied natural gas imports rose substantially in 2015 to satisfy Egypt’s growing natural gas consumption, due to declining oil prices, the import bill fell.

The contribution of petroleum products to the rise in imports is set to decline to only 4% in 2021-30 from 10% in 2016-20, the report stated, adding that capital goods imports increased, in line with rising private sector investment.

Furthermore, industrial machinery is forecast to become a notable driver of import growth, contributing to 16% of the rise in total goods imports in 2021-30. The industrial sector will be further supported by Egypt’s ambitious plan to add 4.3 GW of renewable energy to its production by 2022.

HSBC anticipated China to remain the top destination overall for imports, as Egypt’s industrial goods needs increase over the forecast horizon. Meanwhile, India becomes one of the main origins for imports of industrial machinery and animal products in the decade to 2030.

Services exports are predominantly driven by transport and tourism (which accounted for 52% and 33% of total services exports respectively in 2015). In particular, tourism represents one of the most important industries in the economy, contributing directly and indirectly to economic growth and employment. The sector contributed 80% to growth in overall services imports in the past 15 years.

Egypt’s tourism industry has suffered setbacks in the past year and in fact, tourism revenues declined by 15.9% in 2015 and are set to decline more than 50% in 2016, the report stated.

Meanwhile, the Suez Canal has been resilient to the political turmoil over the past five years, but has nonetheless seen reduced traffic due to subdued global trade volumes.

A notably smaller contributor to services exports, the information and communications technology (ICT) industry, has been part of the government’s national development strategy over the last decade. Egypt’s telecommunications infrastructure has also improved over the past few years, making ICT one of the fastest growing sectors in the economy.