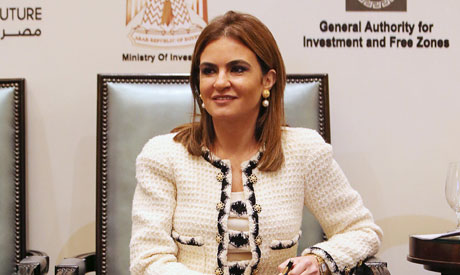 The implementation of the International Labour Organization’s (ILO) Better Work Programme would allow for economic and commercial diversity in Egypt, investment and international cooperation minister Sahar Nasr said on Tuesday.

The Better Work Programme aims to “improve labour standards and competitiveness in global supply chains,” according to the ILO’s official website.

In an official statement from the Ministry of Investment and International Cooperation, Nasr said that the ILO’s approval to implement the programme in 30 Egyptian garment companies from June to December 2017 came as a result of intensive efforts and constant coordination with the ILO.

“The ILO’s approval of the programme’s implementation through the Ministry of Manpower shows recognition of the progress made in Egypt. It reflects the ILO’s confidence in the government’s commitment to completing the steps that would foster an adequate climate for such a programme,” the minister added.

Egypt will be joining seven other countries where the programme is established, including Jordan, Indonesia, Bangladesh and others.

“The project deals with 2 million workers in 1,500 factories and establishes economic relations with about 35 major global companies in the US, Europe and Japan, which contributes to increasing job opportunities and attracting investments to Egypt,” Nasr explained.

Deborah Greenfield, Deputy Director-General for Policy at ILO, “reiterated the ILO’s support for the Egyptian government in promoting decent work and of the initiatives launched so far to this end,” according to the ministry’s statement.

The first stage, which will be implemented from July through December, will involve an ongoing audit of Egyptian factories by the trade and industry ministry.

The second stage will be implemented starting January 2018, with the possibility of adding more sectors and locations to the programme.